Google Apps is rolling out a new feature to Android accounts that sends direct notifications to users when a new device is activated. This additional security feature has been found to be more effective than sending out emails. 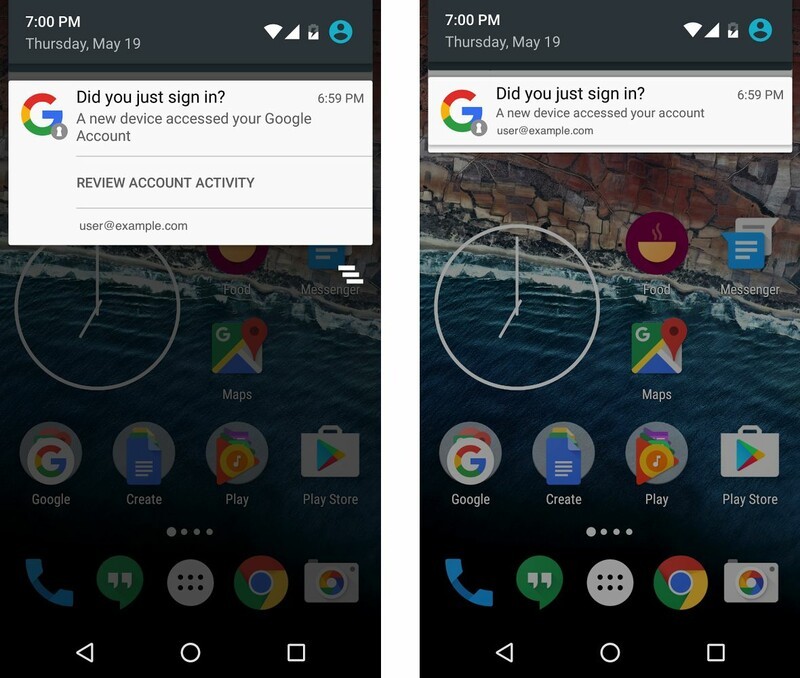 Now users are quickly notified on multiple devices when a new device has been added. This increases transparency to the user of what actions they've performed and allows them to flag any suspicious activity they may be seeing on the device. We've also found that with Android notifications, users are up to four times as likely to review the information as compared to email notifications.

The new notification feature may take a couple of weeks to reach all Android users.