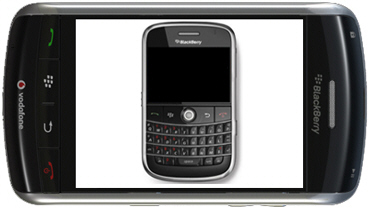 Let's start with the bad news. According to the Boy Genius, it seems the device we are eagerly waiting for, the BlackBerry Bold, may get its release date pushed back to September for most carriers (maybe a couple will get it sooner).

What's the good news you ask? Well, it seems the other device we are all waiting for, the touchscreen BlackBerry currently referred to as the Thunder (though more and more incoming intel is suggesting it will actually hit the market as the Storm - the first time ever a BlackBerry smartphone's codename becomes the product name), is top priority for the boys and girls at Waterloo and we can expect a mid-October launch. That's a few weeks sooner than previous rumors.

Here are the details from the BG:

We’ve been told that the Bold might have been pushed back yet again. What’s the whispered launch month now? September for a lot of carriers. That’s not to say it couldn’t launch sooner on a couple carriers, but that’s what we were told. It looks like there are still some problems with the radio code that have to do with network roaming, searching, etc. The Bold software has not even gone GM3 yet, and with weekly builds still coming out, there’s nothing to be shipped at this point in time. The hardware side is done, but as usual, these units are waiting for the final flash to start FedExing. Now, what about the BlackBerry Thunder? We’ve held on to this information for a bit, but now that we’ve confirmed it with 2 independent sources, we’re ready to run with it. Here are the most confirmed Thunder dates: a huge marketing push in the U.S. starting in September, and device release in mid-October on Verizon. We said November because we were betting on a couple week delay which, knowing RIM, certainly wouldn’t be out of the question. But, we’re told RIM is fully active in doing everything they can to get the Thunder launch-ready, even putting it above the Bold in terms of prioritizing.

Bitter Sweet news I'd say. I just hope Rogers is one of the carriers that does not delay the Bold's release. I'm still hoping for that July 25th announcement. I wants it NOW!