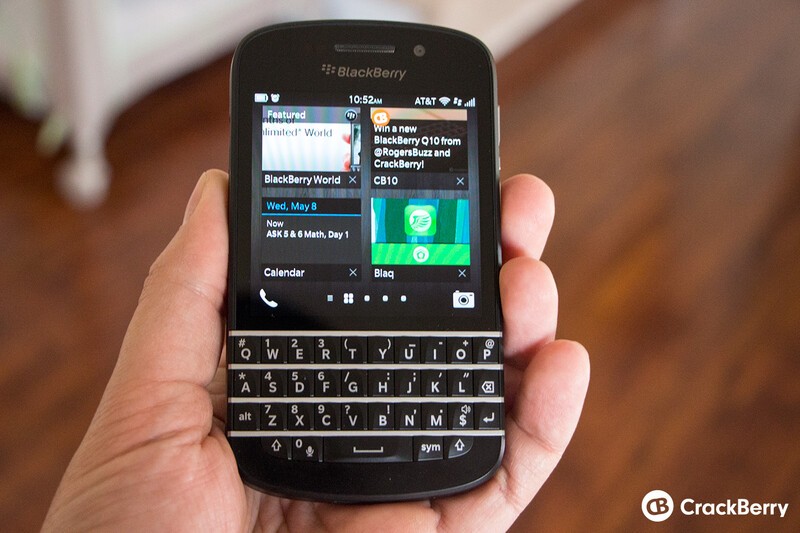 It's no secret that BlackBerry 10 users are dying to have apps with the ability to run in the background. As it stands now, BlackBerry 10 apps need to be open (or in Active Frames) to perform any sort of background task. Which, as you can imagine, can be pretty annoying at times.

While looking over the BlackBerry Developer Blog today, I came across this new post regarding some sessions that will be happening next week at BlackBerry Jam Americas in Orlando. What caught my eye was session JAM47 which is described as:

The session will discuss the brand new Background Services framework which allows developers to bundle a separate process with their application to run in the background without a UI. Learn the basics of how this framework works, learn some guidelines about when to use it and when not to, and learn about the experiences of existing app partners that successfully deployed a background service and lessons learned from their projects.

So what does that mean?

Well we've heard the term “headless” app before, which is what this would appear to be. In more simple terms what it means is that apps will no longer require an Active Frame to be open in order to function. Now keep in mind much of what I'm saying is my own speculation based on information we have already seen that I've tried to piece together.

The title of the session goes with what BlackBerry has previously indicated in the NDK roadmap in that an app can be triggered by an event that occurs which include device boot, app install, SMS/MMS/Email notifications and Phone and Sensor events.

We know some apps done in-house by BlackBerry already use background services, but what is particularly interesting is that they claim some app partners have already been including this in their applications. What that implies to me is that the current 10.0 and 10.1 device OS already has the support developers need to include background services without the need for a major OS update such as 10.2. All that may be required is an update to the NDK development kit which some select app partners already have access to.

So the next logical question to me would be - if it's already there then why is it taking so long? Well my theory on that is that BlackBerry is trying to ensure that developers can't go wild and start doing things in the background without the user knowing that are going to be detrimental to battery life. They have to have some safeguards in place so that the OS can limit what an app is doing when it can't been seen.

Hopefully this means that they have figured it out and we should start to see background apps available soon. As a developer I can say the most common feedback I hear from users is that they wish my apps didn't have to be open in an active frame.

My app Wallpaper Changer HD, for example will be perfect for background services. My app rotates the wallpaper and displays things such as battery percent and weather on the home screen. There's no need for it to have an active frame as once it is running there is no need for the user to go back into the app unless it is to change a setting, it can do all it needs to do in the background. So I'm particularly excited they have announced this session, hopefully it is just one on many exciting things we will see come out of BBJam this year.