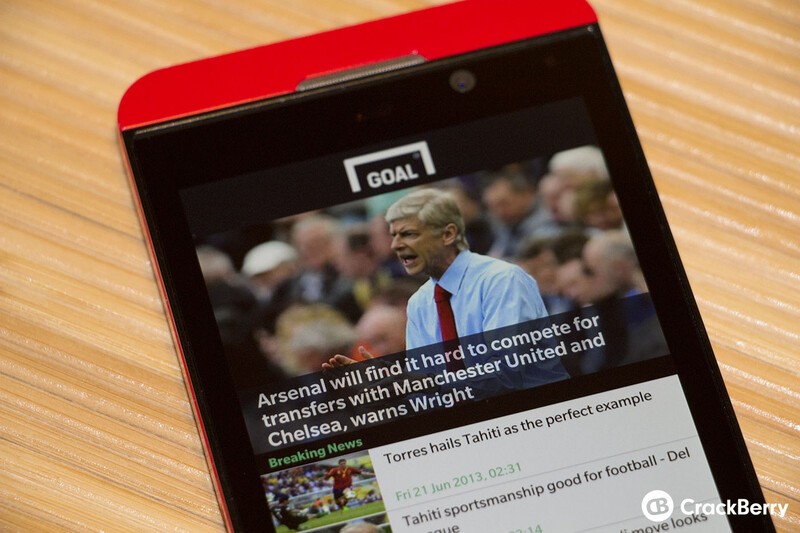 For a lot of of football/soccer fans, the only place to for news, updates and scores is the Goal website but BlackBerry 10 users all over the world can now download the Goal.com app. Having freshly arrived in BlackBerry World, the app offers up plenty of features for fans and is available in over 17 different languages. Exclusive content, interviews, transfer gossip, live scores and much more from the world of football.

Sadly, it doesn't seem as though video is supported in the app as of yet but hopefully that will come in a future update. The Goal.com app is supported on both the BlackBerry Z10 and the BlackBerry Q10 and I imagine it'll only be a little bit before they add BlackBerry Q5 to the listing as well, since it technically already works. If you're a soccer fan, you can download the app by hitting the link below.