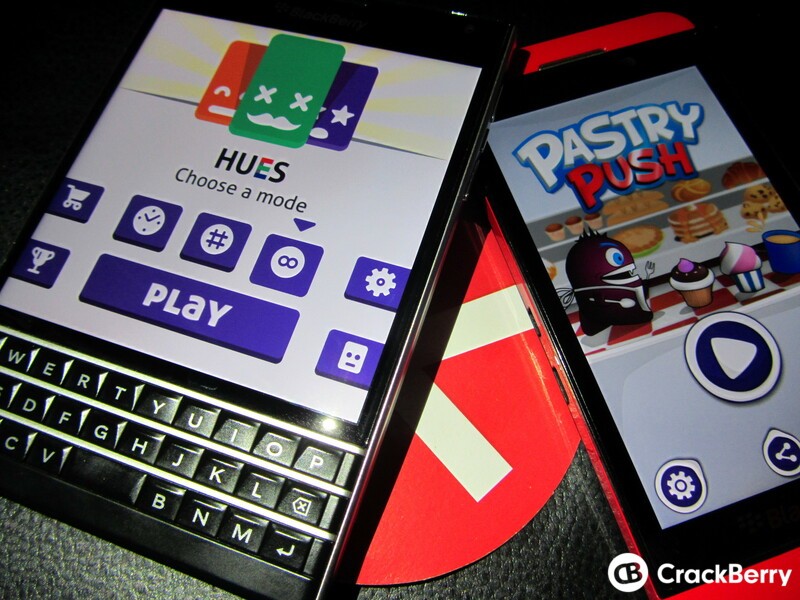 Time for a little something different this Sunday. We always support developers who brings us apps and games natively built for BlackBerry 10. They run smoother and they do put a lot of time and effort into developing these apps for us. ReFocus Tech has brought apps a handful of apps but they have also created some games for BlackBerry 10 too. Namely, Hues and Pastry Push. And both games have been nominated in the Nasscom Gaming Forum Awards being held at the Nasscom Game Developer Conference.

The NGDC is one of the largest game developer meet ups in Asia and as I've said ReFocus Tech has two games up in to different categories. Hues - Threes/2048 Powered Up! is nominated in the bigger category, Indie Game of the Year and Pastry Push is nominated for Game of the Year. The rest of the apps in each category are either iOS or Android games. So, it's great to see BlackBerry 10 apps in there and perhaps even win. And that's where the CrackBerry community can help play a part. Voting for this awards is public. How about we help bring the only two BlackBerry 10 games in the mix to the top? That would be pretty awesome!

If you haven't come across either of these games before, we have reviewed both of them so you can check them out and maybe even give them a download. Hues - Threes/2048 Powered Up! as the name suggests is inspired by Threes and 2048. Pastry Push has been out for about a year now and is a puzzle game where you go from point A to B whilst avoiding obstacles and collecting pastries for the sweet tooth monster, Moko.