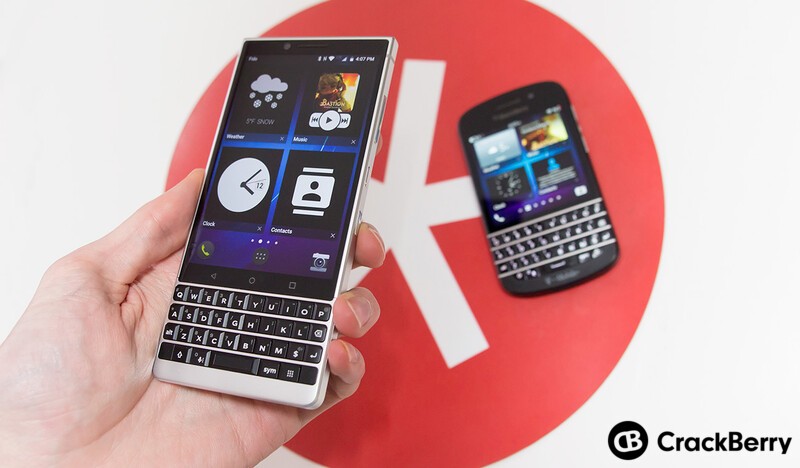 You guys have been around the block. You've been using BlackBerry devices for years, and sometimes the nostalgia kicks in. Maybe you found a dusty Bold 9900 kicking around in storage, or you got to reminiscing about the old days with folks who used to have a BlackBerry. You've got the new KEY2 or KEY2 LE, but part of you wants to go retro. Luckily, you don't have to fire up your old Passport and cross your fingers hoping that BIS still works. There's a lot you can do to Android to make it look and feel like the BB10 experience of yore.

Let's start with the basics. The preloaded wallpapers are a great start for bringing your BlackBerry KEY2 and KEY2 LE a taste of the past. You can find a batch all the way back from the Dev Alpha days here, or some that were added later on here.

A healthy chunk of the interface can be recreated by strategic positioning of home screen widgets. The Hub is the big one here. To give it the same always-on access you're used to from that quarter-turn gesture, drop a Hub widget on the left-most home screen, and resize it to fill the whole screen.

Step 2 is to recreate the 2 x 2 grid that exemplified the classic BlackBerry home screen. The best way to go about this is a little labor-intensive. KWGT gives you an incredible amount of control over widgets, basically letting you build yours from the ground up. Android Central has a great breakdown of how to use this tool to its best and create the best BB10-feeling widgets possible. I made the ones in the photo above with minimal difficulty, but there's loads of functionality you can build in if you're industrious.

App icons can be dialed back in time, too! The official BlackBerry Launcher comes with BB10 and BB7 icon packs, which you can activate by long-pressing on the home screen. You can also use Icon Pack 10 if you want a standalone download.

You'll need BB10 ringtones, too. One of our awesome community members rounded them up and has them available for download here.

While most of the official BlackBerry apps on Google Play are following the new aesthetic, one developer has recreated two important apps for fans like us. Not only do they look like their BlackBerry 10 counterparts, they make full use of physical keyboard shortcuts. Be sure to download Keyboard Browser and Keyboard Files if you're hankering for the full BB10 experience.

Unfortunately, the closest reproduction of the BB10 experience is relegated to fullscreen devices like the BlackBerry Motion. This fan project was aiming to build a launcher for the diehards, but its design isn't compatible with the BlackBerry KEY2 or BlackBerry KEY2 LE aspect ratio. It's no longer being developed, but it sure did a great job of bringing back the settings tray.

As an alternative to the widget-based solution to accessing Hub as mentioned above, you could swap in something like Nova Launcher which has gesture recognition from the home screen to launch you into the Hub.

The nice thing about all the tips here is that they aren't necessarily exclusive to KEY2 and KEY2 LE owners. Anybody who's moved on to any Android device after a long spell with older BlackBerry phones can rock this look (although with the marked omission of a physical keyboard). After you've applied all these customizations, you should be able to get recreate the same feeling and conveniences as BB10 with a proper, modern platform under your feet.