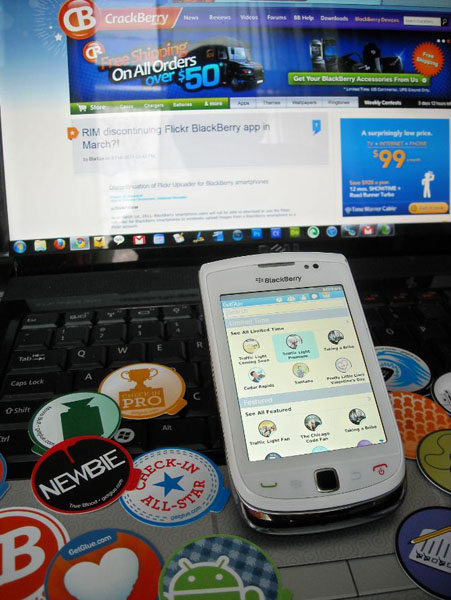 GetGlue has finally updated their app in BlackBerry App World to show support for BlackBerry 7 devices. While it did not actually "update" the app itself (as they have no intention of continuing development for BlackBerry) at least those who use the service can actually download it for their BlackBerry 7 device. Maybe if we complain enough they will bring all the new features and the new look (like in the updated Android and iOS version) to BlackBerry someday. Until then, I guess we will all have to make the best of it ;-)

Download GetGlue from BlackBerry App World
They say it's for science