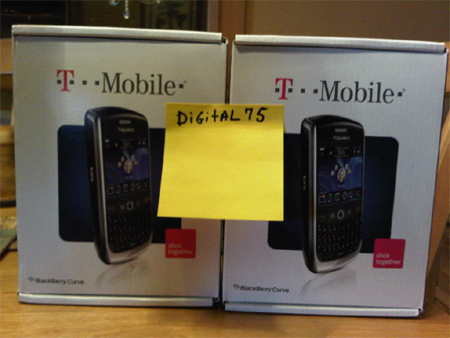 Our BlackBerry Curve 8900 forums have been a buzz this week as some crafty CrackBerry Addicts and easily influencable T-Mobile reps have allowed for a few of our members to be among the first to take delivery of this next generation Curve. More pics of digital75's two 8900s after the jump. Could be we'll see this launch on all channels from T-Mobile sooner than previously rumored. What a refreshing change that would be for a BlackBerry roll out!

You'll want to start at the beginning and read through the whole thread. Congrats go to member clintonroche for winning the race! :-)