Productivity is an integral part of the BlackBerry experience. As BlackBerry owners, we are all familiar with how easy it is to get things done. If you're looking to expand the functionality of your BlackBerry 10 device, there's a new app on the scene called doo from CellNinja. This headless utility app allows you to assign different functions to the volume, play, and power keys, as well as, creating homescreen shortcuts to perform simple actions such as starting a BBM conversation or calling a specific contact. 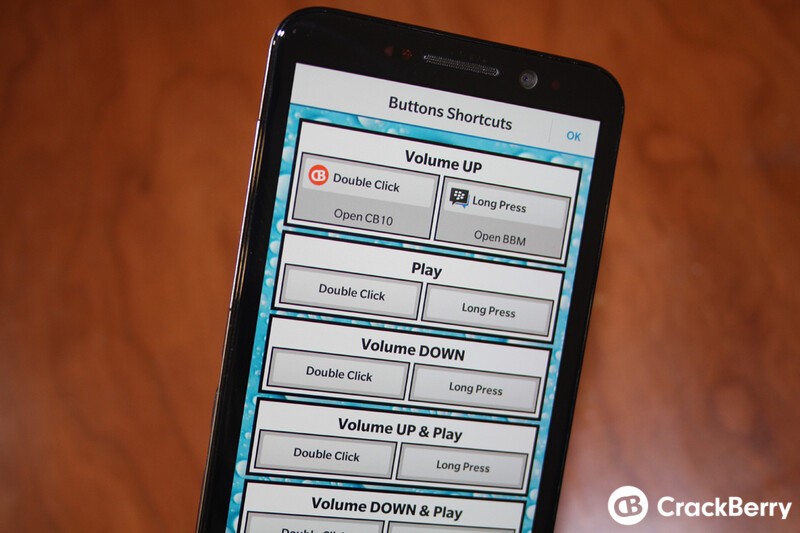 The app itself is easy to use and offers a unique interface with which to assign a particular action to a button or create a homescreen shortcut. To assign an action to a particular button, the process is quite simple. All you have to do is choose the button or button combination you wish to use (with either a double click or long press, 10if available) to trigger a particular function. Next, you can assign a specific action such as launching an app, starting a BBM, email, or SMS conversation, and even start/stop an audio recording. These actions can also be assigned a shortcut on the homescreen by going into that menu.

Pardon the pun, but doo is a great way to 'do' things quicker and easier on BlackBerry 10. You can find this app in BlackBerry World for $1.99.