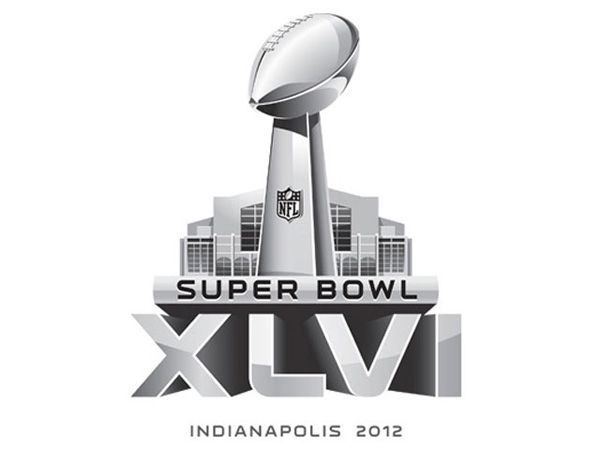 Football fanatics! You know what's on next weekend- Super Bowl XLVI (that's 46 for you non-roman numeral reading folk)! By now, you should have made your plans already. Hopefully you've made friends with the guy at work with the 65 inch TV at home. Or maybe you're the one with a big TV who is suddenly popular. It's a day jam-packed with tailgate parties, unhealthy food eating, crazy commercials and an entertaining half time show. Okay, there's a hopefully amazing football game in there, as well. Before you plaster on the face paint, set up your BlackBerry smartphone and PlayBook for game day. Regardless if you're rooting for the New England Patriots or New York Giants, we've got you covered. After the jump you can get into the game with quick access to apps, themes and wallpapers.

From Adept Mobile llc, the official app for the New England Patriots provides BlackBerry smartphone users with feeds from Patriots.com. It's simple access to their schedule, tweets, game day information and gamebooks (post-game of course). Live, and on-demand, audio and video are also available.

The New Work Giants official application for BlackBerry smartphones is made possible by Yinzcam Inc. Through it you can gain a more social access to the team through Tweets and Facebook posts. Podcasts, photo galleries and videos are easily accessible to keep you updated on press conferences and interviews. Details about stats, depth chart and injuries help you stay on top of the team.

This app gives you an inside look at the New York Giants year round, including the NFL Draft, Training Camp, regular season, playoff and free agency. Tapping into The Sports Xchange (tsx), you gain access to columns, analyses and recent news, which you can then email or save for future reference.

More information on Giants Inside Slant for BlackBerry smartphones

Pro Football weekly is a trusted source for all thing football related. Offering both inside information and premium insight, you are guaranteed to get some of the best coverage available. Applications are available for numerous teams in the NFL, not all though, as I couldn't seem to find one for the Giants. Pro Football Insider is also available for both BlackBerry smartphones and the BlackBerry PlayBook. Within the application is a Twitter feed that shows tweets from both players and experts. You are consistently updated with live scores coming in directly. You can also view stats, standing, schedules and over thousands of videos.

Like Pro Football Insider, ScoreMobile is available for both smartphones and the PlayBook. This app is by far my favourite one to use. I know this is an article about the Superbowl, but this app covers (in-depth mind you) multiple sports and leagues from around the world. At your finger (or thumb) tips, you have box score, stats, betting odds, previews, recaps, standings news and of course scores. On the BlackBerry smartphone side, you can benefit from BBM integration, push notification (by team or specific games). On the PlayBook side, ScoreMobile fancies itself as a viewing companion, as you can enjoy twitter streams and interactive live blogs.

CBS Sport gives us their take on NFL action with their BlackBerry smartphone app. The application shares information from CBSSports.com to give you roster trends, team/player stats, projections, breaking news and real-time game tracking. If you have a Fantasy Football team through CBSSports.com, you can easily manage them through the app. Management options include viewing scores, changing lineups or player lists and checking out the stats.

EA Sports brings to us the latest in the amazing Madden NFL game series with Madden NFL 12 for the BlackBerry PlayBook. The brilliant graphics and fluid controls truly take you into the game. You can control the entire League with trades, and game play. Even if your team doesn't win the Superbowl, you can make sure they dominate in Madden NFL 12. Check out Adam's review here.

During half time, besides bathroom break, getting food and watching Madonna and LMFAO perform; you can test your friends and family with some Football trivia. MobileQs Trivia Game has a football expansion pack that provides you with 300 questions to try and answer. You can choose from dozens of difficulty levels and use 3 types of hunts – eliminate answers, poll results or switch to another question. Keep in mind that you have to buythe Trivia game first and then buy the expansion pack.

As you don your jerseys or team colors, make sure you don't forget to dress up your BlackBerry as well – we didn't. Below you can find some attractive themes for each team and just football in general. I also found some wallpapers for BlackBerry smartphones, but there weren't any wallpapers for the BlackBerry PlayBook in the CrackBerry Wallpaper gallery. Come on guys; upload and share your spirit!

With all that said and done, it's time to sit back and enjoy the game. Wait, it's not until next Sunday is it? That explains why no one else is here at my friend's house…and why the door was locked…and the alarm is going off...