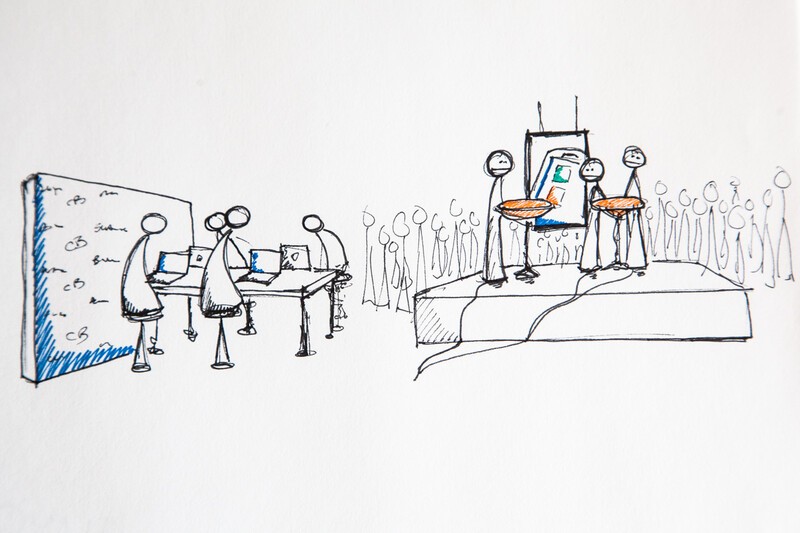 BlackBerry's biggest show of the year -- BlackBerry Live -- is coming up fast, and as always the CrackBerry team will be on location to report back all the news. With BlackBerry 10 phones now here and the BlackBerry Jam Americas developer conference happening as part of BlackBerry Live, we're expecting it be an awesome week in Orlando the week of May 13th to 16th.

This year we're taking our CrackBerry Coverage to a whole new level, with the introduction of the CrackBerry Live Show! We will have dedicated space within the conference center, right in the middle of the buzz. In addition to making it our home base while we blog away all week (you'll always know where you can find us), we will also be streaming a three hour live show each day. That's right, you will be able to watch us live! And if you miss the show, we will be cutting the show down into segments and you'll be able to watch them later on youtube.

The following times are subject to change, but here's the plan as of now:

Monday evening's live show will be nice and casual as we get things up and running. The Opening Reception will be taking place during the same time slot, so if you're in attendance at the Opening Reception be sure to come by for a visit and say hi. We'll stick to the CrackBerry microphone for that show so visitors can easily come and go.

For Tuesday, Wednesday and Thursday's shows we'll be running things with a tighter format. Each day's show will start off with 6 back to back scheduled interviews (approximately 15 minutes per guest). From there, we'll take a short break and the final hour of the day will be a live CrackBerry podcast. It's going to be awesome!

Want to be a guest on CrackBerry Live?

We have 18 interview slots in total that we're currently in the process of booking up. If you're a developer, sponsor or member of the BlackBerry community and have a great story you want to share with the CrackBerry audience, let us know! We'd love to have you on the show. We'll even be setup to stream out via the HDMI on BlackBerry 10 phones, so if you have a hot app to show off to the CrackBerry audience this will be the place to do it. If you're interested in being interviewed on the CrackBerry Live Show, send us an email to crackberrylive@mobilenations.com. Be sure to let us know what day works best with you, and give us some background info and we will get back to you from there.

We hope to see you there! But if not, we'll see you here!

If you're attending BlackBerry Live and see any members of the CrackBerry team, be sure to say hi! Don't be shy. And definitely drop by while we're broadcasting - live shows are always better when there are lots of people around. And if you're not at BlackBerry Live, don't worry - just remember to tune in here! We'll have the live chat going as we're streaming - this is CrackBerry coverage you won't want to miss!