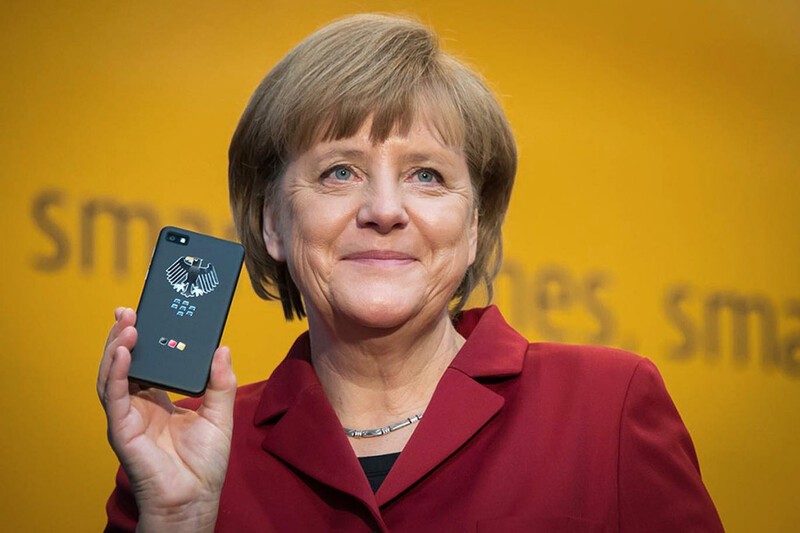 After the news broke that the U.S. National Security Agency was tracking the mobile communications of German Chancellor Angela Merkel, Germany's Federal Ministry of the Interior took action and began using BlackBerry 10 smartphones coupled with German firm Secusmart's anti-eavesdropping technology. Since then, the German Government has deployed approximately 3,000 encrypted BlackBerry devices with Secusmart technology and a new report suggests they could be looking to add up to 20,000 more.

Germany's Federal Ministry of the Interior spokesperson, Tobias Plate, wouldn't confirm any number of devices planned for purchase but noted in a phone interview to The Financial Post that more and more devices are being bought and the number is constantly rising. Plate also noted, "Only BlackBerry smartphones comply with the ministry's security standards for use with Secusmart's technology" and "We have a federal authority for information security and they checked several smartphones, and the only brand that was approved by them is the BlackBerry smartphones… It's the security of the device"

BlackBerry refused to comment on the plans as well but noted "BlackBerry has a long history providing secure mobility solutions across mission critical industries such as government, financial services, healthcare, and other security and productivity-focused sectors including all G7 nations and 16 of the G20 countries."