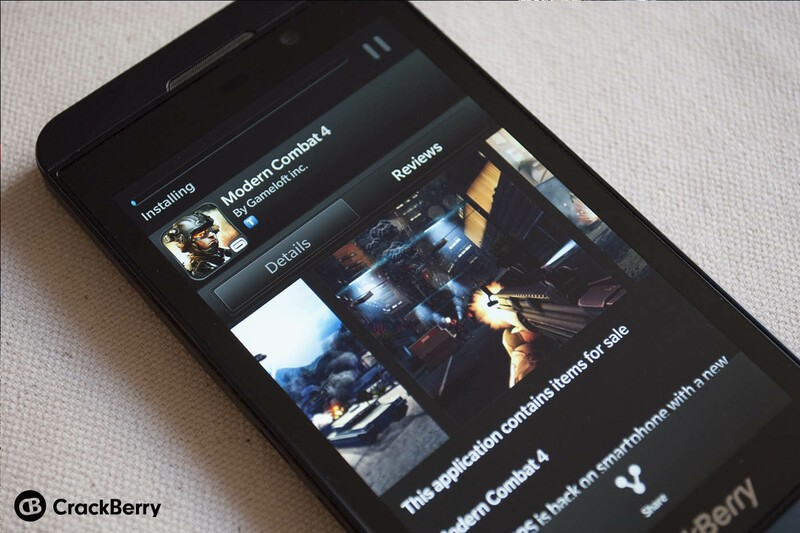 BlackBerry gave everyone a heads up that it was arriving last week and now the wait is over. The epic first person shooter Modern Combat 4 has arrived for BlackBerry 10 and is jammed packed with visual goodness to push your device to its limits. Just in case you're not familiar with the game, you get to take on the role of an elite soldier who must track down and protect the worlds leaders and protect them from a terrorist group. Keeping with the current sale Gameloft is running, you can grab Modern Combat 4 from BlackBerry World for only $0.99. You'll want to make note though, it's only available for the BlackBerry Z10 and it does come in at over 1GB so you'll want to get on some WiFi in order to get it downloaded.