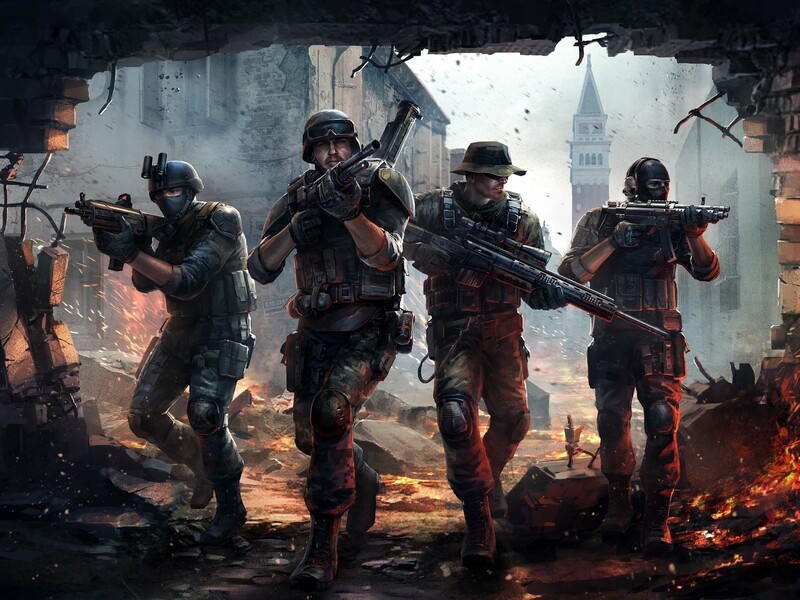 Gameloft has unveiled more details about its upcoming military shooter, Modern Combat 5: Blackout. The title and certain story details were revealed last month, but now we have some information on two new major features: unified progression and character classes.

Blackout features the same basic structure as previous Modern Combat game, with a single-player campaign and a multiplayer mode. But where past games have kept those two completely separated from one another, Blackout will have the modes interact just a bit. Unified progression will see your experience transfer between solo and mulitplayer modes. So if you reach level five in the campaign, then decide to play in a multiplayer match, you'll find that your character is at level five in multiplayer. This unification includes weapons mastery.

The four soldier classes of Modern Combat 5 have been announced. The Assault class is a medium range fighter that uses assault rifles and pistols. The Heavy, a resilient close-to-medium range class, equips shotguns and RPGs. The Recon class focuses on quick strikes at close range using submachine guns and pistols. Finally, the Sniper class specializes in long-range sharpshooting with sniper rifles, though they can use pistols if they need to.

Gameloft says that they will be rolling out more information about Modern Combat 5: Blackout in the coming weeks.