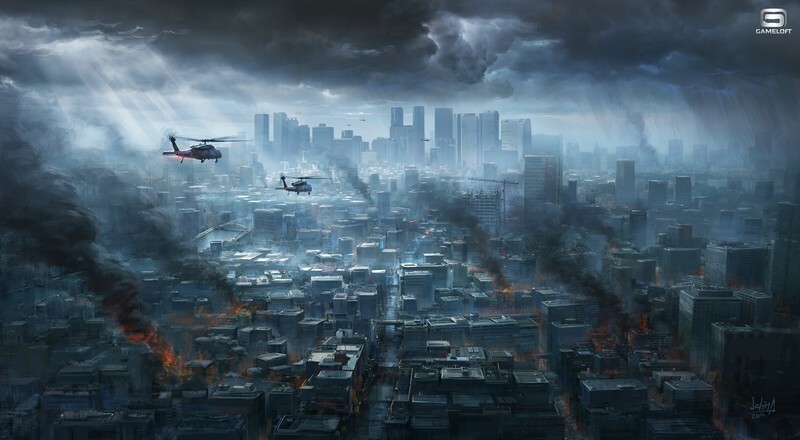 Although Gameloft dropped some details on Modern Combat 5: Blackout back in June for Android and iOS, we've still not seen release of the game as of yet. Don't fret though, Gameloft is still working on things and have once again let it be known the game is well on its way to release and have now dropped the full title and story details behind the game.

Modern Combat 5: Blackout will once again take fans on an adventure across the globe, as the player engages in special counter-terrorism operations with the latest and most technologically advanced combat weaponry. The single-player campaign for MC5: Blackout consists of compact and dynamic missions that ratchet up the suspense of each action-packed moments. The development team wanted players to experience the story in a more intense and diverse way than ever before.

The story will indeed begin in Venice, Italy where Phoenix, the main character of the game, is sent on a special operation to secure a transport of WMDs from a particularly well-armed terrorist group. From there the plot will take gamers on a globe-trotting adventure, including a particularly harrowing sequence in Tokyo where Phoenix has to fight amidst total anarchy while trying to convince his allies to accept an uncomfortable secret. By the end, players will have experienced a range of visually-stunning settings, and thrilling action-packed combat sequences.

Sounds promising and from the previous videos, it looks pretty good. Needless to say though, we're at the mercy of Gameloft for a release date, pricing details and whether or not it will launch on BlackBerry 10 like Modern Combat 4 did.