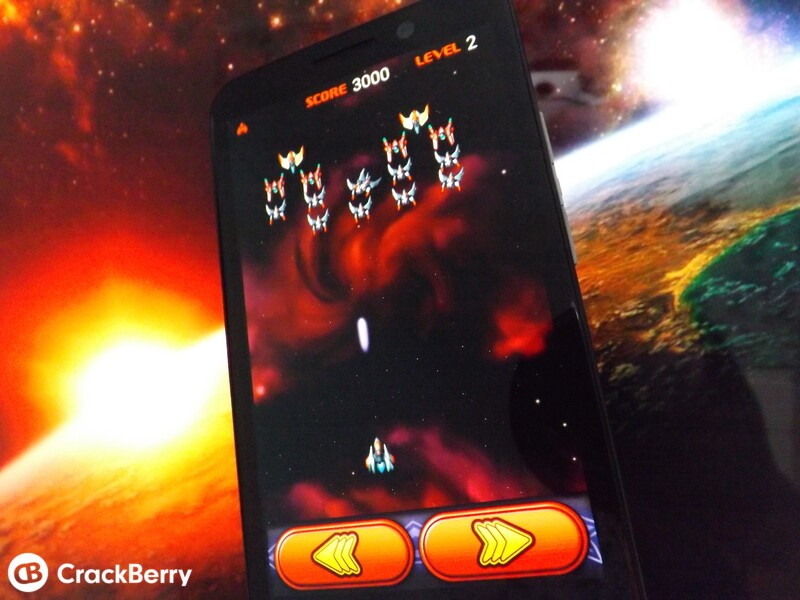 Just a quick heads up for you on todays free offering from the Amazon Appstore. Galazer Deluxe can be downloaded for BlackBerry 10 (here in the UK anyway) and after playing it for just a few minutes I can say it's a beauty.

It's a similar concept to Space Invaders but with a modern twist. The spacecraft that you need to shoot down will fly around the screen and only become static as you collect bonus items, which also include weapons. In addition, there are meteor storm levels where it's just a case of avoiding them as they hurtle towards you in varying sizes - all rather hectic, yet fun.

When it comes controls, you just have a left and right tab at the base of the display - although you can switch to one handed within the settings if you desire. Galazer Deluxe really does feel like a classic arcade game so if that's your kind of thing, go and grab it.

If you're seeing another app that's free today on Amazon please sound off in the comments?