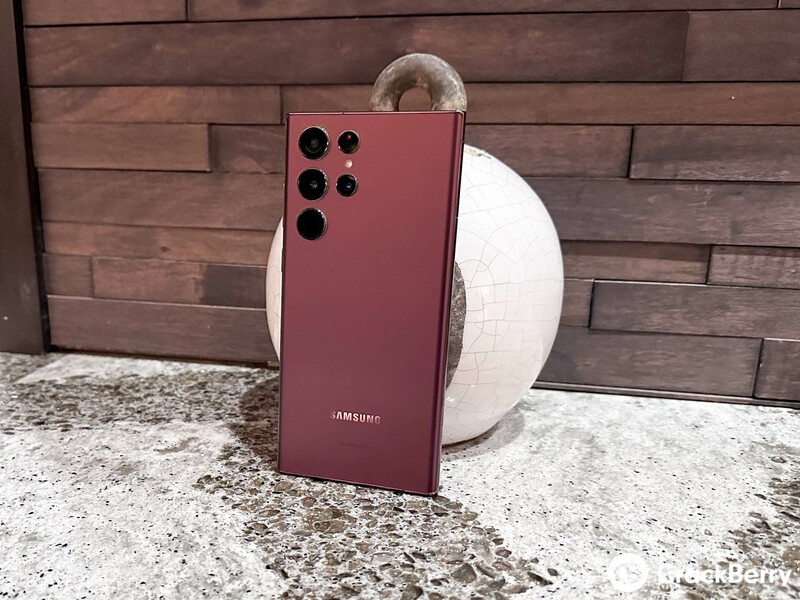 The Galaxy S20 Ultra was a revelation in many ways, at least for longtime users of Samsung's mobile devices. The handset was the first foray into great camera phones that Samsung had made — since the Galaxy S4 Zoom, at least — and it brought a stunning 200MP sensor, 100X Space Zoom (thanks to the periscope camera), and a host of other upgrades. Two years later, the Galaxy S22 Ultra is a seriously polished evolution, albeit not the best camera phone on the market.

I remember first using the Huawei P30 Pro, which is still one of the best camera phones ever made. This phone was the catalyst behind the current trend of zoom and telephoto on phone cameras, and on a trip around Paris shooting the sights, the phone thoroughly excited me. After mine died after a failed attempt at running a questionable beta, I was genuinely disappointed until the Galaxy S22 Ultra came along. Not the S20 or S21 Ultra, but this year's GS22 Ultra.

Polishing and delivering on the early promise

The Galaxy S22 Ultra finally delivers on the promise of the two phones before it. Each of those had some interesting flaws; the Galaxy S20 Ultra Space Zoom was shaky as hell and weighed a metric ton, while the Galaxy S21 Ultra had bad low-light performance and didn't quite take advantage of the full camera sensor.

While I've been actively using the iPhone 14 Pro and the Galaxy Z Fold 4 over the past few months, I always turn to the Galaxy S22 Ultra when I want to take photos during a trip. My daily phones can take good enough photos, but they don't thrill and excite me like the Galaxy S22 Ultra.

On a recent trip to Dubai, I was conducting a camera shootout between the iPhone 14 Pro, Galaxy S22 Ultra, Pixel 7 Pro, and Xiaomi 12S Ultra from a yacht. I exclusively used the Galaxy S22 Ultra when I wasn't taking photos for that specific experiment. Why? It took me a while to pinpoint, but it comes down to how Samsung processes photos.

Some companies love to go with natural colors; others actively boost highlights and shadows. Samsung has one trait that's been present for years, not just in its cameras but also in its displays: it boosts saturation. Colors in a photo just pop in a way that makes them visually far more appealing than photos from other phones.

The zoom on the Galaxy S22 Ultra is also amazing. Since the S20 Ultra, I can't help but zoom in to 10X or 100X for no reason other than to marvel at what it can do. Of course, it's not as good as a DSLR with a telephoto lens, but for an admittedly-chunky phone, you can't help but be impressed.

The Galaxy S22 Ultra also improves low-light performance, especially when using night mode. I've found myself using night mode for any photo with less-than-perfect lighting, and the result is incredible, especially with the regular camera. I have stopped using it on the ultra-wide-angle camera, which lacks optical image stabilization, but it works great on the main and telephoto cameras.

My favorite camera mode on a phone

Beyond marveling at the zoom capabilities of the Galaxy S22 Ultra, there's also one thing in the Samsung camera app that I just love: portrait mode, specifically, the Color Point mode.

I fell in love with Color Point years ago; since then, about 30 percent of all my photos have been captured in Color Point mode. This is because it puts the background in black and white while keeping the subject in color. The results are incredible photos that a professional photographer would need to edit to achieve the same effect.

Color Point is part of an excellent all-around Portrait Mode, and unlike most phones, you can change the portrait mode effect after capture. This means all of these Color Point shots can be changed to one of the other effects later, such as using Blur or putting in a spiral background.

Beyond just a great camera

I'm an admitted fan of Samsung phones — anyone who read my Galaxy Z Fold 4 review knows that — mainly because I love One UI. Samsung's software isn't for everyone, but it reminds me of the early TouchWiz and the first generations of OnePlus's Oxygen OS and Huawei's EMUI.

I love the software mostly for the sheer wealth of customization options and settings it gives you. The Pixel launcher and the iPhone lack these deeper customizations, and OneUI allows anyone to be a more advanced smartphone user.

It's not perfect, as there are areas that Samsung needs to work on. The size might be too big for many people, the software won't be ideal for some, and plenty of people just dislike Samsung. It's also not the ideal phone for video recording; for some reason, Samsung hasn't been able to dial into great video recording like the iPhone 14 Pro. The videos are fine, just not spectacular.

Overall, the Galaxy S22 Ultra delivers an all-around excellent experience that starts with the camera and ends with things like great battery life, fantastic cell signal and call quality, and a built-in S-Pen packed with many features.

The Galaxy S22 Ultra is the best traditional Samsung smartphone ever made.

When I reviewed the Galaxy S22 Ultra in February, I said it was the best phone for almost everybody, and nothing else came close. Almost a year later, that still stands true, although there's a lot of good competition. Samsung doesn't have the best camera smartphone right now — that honor goes to the Vivo X80 Pro Plus — but the latter isn't widely available in the U.S., and I'm not a huge fan of Vivo's user experience.

The Galaxy S22 Ultra is still the best traditional Samsung smartphone ever made. While there's plenty of room for improvement, Samsung has an incredible foundation to build upon. However, whether the Galaxy S23 Ultra can deliver is a question we won't be able to answer for a few months, but I know I'll likely end up buying one.