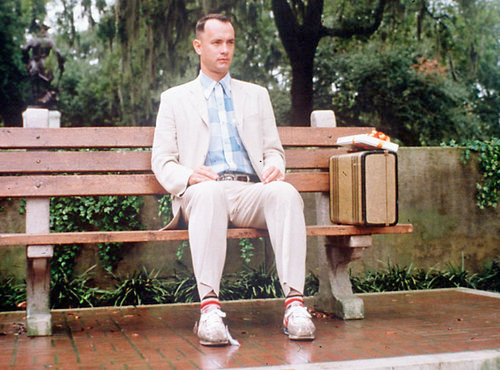 Reflecting upon Thursday evening's RIM Q1 Results and earnings call, the pieces finally fell into place so we can more accurately tell the story of why it is taking so long for RIM to bring the BlackBerry Bold 9900/9930 and other next-generation BlackBerry Smartphones to market.

On the historic call, which featured both Co-CEOs Jim Balsillie and Mike Lazaridis delivering the results commentary and tag teaming the Q&A period, the following was what Mike had to offer in regards to the lull in new BlackBerry phones:

We were already well down a development path to the next-generation BlackBerry handsets when we realized that in the US the features and performance arms race demanded that we upgrade the chipset and port BlackBerry to a higher-performance platform. This was an engineering change that affected hardware and software timelines and pushed out entry into carrier certification labs.

It's only two short sentences, but if you've followed the BlackBerry development path for a few years there's a lot you can gather from them. Specifically, Mike is saying that devices like the new BlackBerry Bold 9900 at their design inception were not originally intended to get the 1.2GHz Qualcomm Snapdragon chipset that they are going to launch with. That makes sense considering we've been hearing about devices like Magnum and Onyx III since before that chipset even existed.

From what I've gathered, RIM was originally going to continue to use Marvell for at least one more generation of their top of the line GSM BlackBerry Smartphones, bumping up from the current 624MHz found in devices like the Bold 9780 to 800MHz likely via the Tavor MG-1 (and on the CDMA side going with something like the Qualcomm MSM 8655 800MHz). With RIM typically having a pretty big lead time on their device development cycle, the progression from 624MHz up to 800MHz fits the way they have rolled out platform upgrades over the years.

But someone at somepoint in recent months must have woken up one morning and realized that 800MHz would be laughable in their top tier devices compared to the onslaught of high-end specs being ushered in by Android phones, so relegated 800MHz to the low end (BlackBerry apollo/sedona - the new Curve) and realized they needed to do something more compelling for their flagship devices. With Marvell's offerings looking lackluster compared to Qualcomm's, for RIM that meant a big undertaking relatively late in the commercialization cycle of these new devices as they would be abandoning Marvell for the new high-end phones.

RIM has always treated the development of their GSM and CDMA devices independently, as the devices were on different chipsets. Just think back over the years as to how GSM and CDMA BlackBerry devices would launch at different times and even physically look different (think Bold 9650 and Bold 9700) and could have significantly different performance. For CDMA, RIM would just license Qualcomm's radio stack, but on the GSM side RIM wrote their own - one of the reasons why that Bold 9700/9780 has always gotten such awesome battery life as RIM maintains finite control over the part that can eat the battery away quickly. Again wanting to maintain control over their radio stacks, this late change to Qualcomm meant RIM having to re-write that code for the new chipset, and in doing so, must then go through the technical acceptance process with carriers all over again. That again explains why on the call Mike said this is some of the best code they've written to date, and that why once one devices gets approved it should move quick from there (it probably also explains why RIM is pretty confident the smaller 1230mAh battery in the 9900 will still get good battery life - they're killing it with the code). Now having only one chipset to worry about for both GSM and CDMA will definitely speed things up for RIM down the road once they get through the process one.

Beyond the radio side, RIM would also would have had to put a ton of time into adapting the BlackBerry OS for some of the other features offered by the new chipset, like the dedicated GPU which RIM is tapping into to power what they have dubbed as "liquid graphics." Yet another reason for the delays, which I'll save for another article to dive into, could be the fact RIM forgot about phones for a little bit while they worked around the clock to push out the PlayBook.

Thinking back to when I first went hands on with the new touch Bold at BlackBerry World in May, I pretty much felt that was a device that RIM could put on sale right then and there (and I probably would have bought ten). Sure, it still had a few little bugs, but it felt ready enough for me. After yesterday's earnings call, I get the sense that it's ready enough for RIM too at this point, but they just need to finish getting through this TA process yet again.

So if you're reading this and happen to work for a carrier in the T.A. department and test this stuff out, do CrackBerry Nation a favor and approve it fast! I want my BlackBerry Bold 9900 aready!