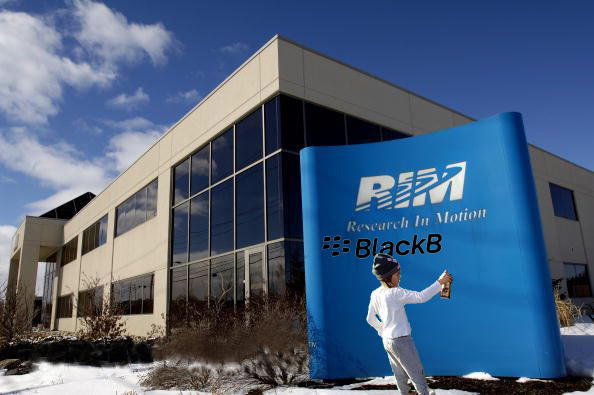 Throughout my 6+ years of working on CrackBerry, I have always been a stickler for doing things 100% by the book as far as BlackBerry-related vocabulary is concerned...

It's BlackBerry. Not Blackberry.

If you want to go plural, you have to write your sentence so you can say BlackBerry Smartphones. BlackBerrys is not technically by the book (you shouldn't modify a proper trademark), and BlackBerries... well, that's just plain wrong. The Smartphones thing is relatively new too. In the early years of CrackBerry they were actually referred to as BlackBerry Handheld Wireless Devices.

As for the company that makes BlackBerry Smartphones, their name is Research In Motion. Not Research in Motion. You need that capital I. If that's too long for you, you can abbreviate it to RIM (not RiM).

Thinking back, I'm pretty sure I was a BlackBerry user for well over a year before I even knew that the company making the phone was called Research In Motion. Like most people, I just assumed that BlackBerry made BlackBerry. It really wasn't until I started working on launching CrackBerry.com and immersed myself in this stuff that I became more familiar with the business side of things and learned the company was Research In Motion. Prior to that, I was -- like the majority -- a mainstream BlackBerry user that cared most about the product.

On CrackBerry Podcast 090, I declared that I'm going mainstream again as far as names go. In most cases, I now refer to Research In Motion as BlackBerry. Egggadz... I know... it's so wrong! But I'm doing it.

I have to honestly confess I've already been doing this for months now on my articles just to see if anybody would notice my (technical) mis-use of BlackBerry. Back in January I wrote another editorial titled It's time to change the name of Research In Motion to BlackBerry. Obviously, that hasn't happened yet, and probably won't (as much as there are compelling reasons to change, there are also many reasons why it makes more sense to keep things the same). But since then I have sinned regularly on the blogs and written phrases such as "BlackBerry's CEO, Thorsten Heins" instead of "Research In Motion's CEO, Thorsten Heins." To date, nobody has called me out on it, so I'm thinking it's not really that big of a deal. Most people are less anal about this kind of thing than me.

When I interviewed Frank Boulben, BlackBerry's new Chief Marketing Officer last month (see how I just did that?), in Waterloo, I asked him about the whole Research In Motion vs. BlackBerry thing. Frank made it clear that "BlackBerry" is the "mega brand" and that going forward you will see an even greater focus on BlackBerry than in the past. Following that lead, that's what you'll be seeing us do here on CrackBerry. More focus on BlackBerry, less on Research In Motion.

Again, we've already been doing this for a while now with positive effect. I just wanted to get it out there so it's fully disclosed. I'd hate to get a tweet from someone telling us that the name of the company is Research In Motion and not BlackBerry and we made a mistake and need to fix it.

Bottom line... We know it's Research In Motion, but we're BlackBerry By Choice!