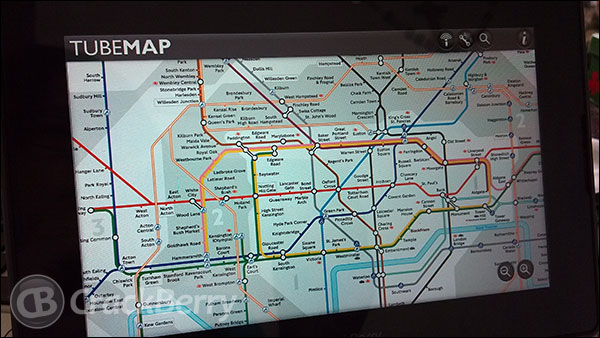 Virgin Media launched its London Underground WiFi last summer for the Olympics. It gave commuters the ability to use WiFi at selected underground stations. According to the Virgin Media website, full internet access is available for all commuters until early 2013. After this, only Virgin Media customers can enjoy full free internet access while non-Virgin Media commuters would have to pay a fee if they wanted to browse anything other than TfL (Transport for London) travel updates or London news and entertainment updates.

It now looks like Vodafone and EE have managed to strike a deal with Virgin Media and the WiFi service will be available to Orange, T-Mobile UK, EE and Vodafone customers too. There will then be a Pay As You Go system in place for other network users who wish to use the WiFi portal.

There are currently 72 London Underground stations that have Virgin Media's WiFi portal with more planned by the end of the year.

So, that means more members of Team BlackBerry can get the crack on while commuting the London Underground. Have you made use of the WiFi portal yet? Sound off in the comments and tell us if the service works well, or not.