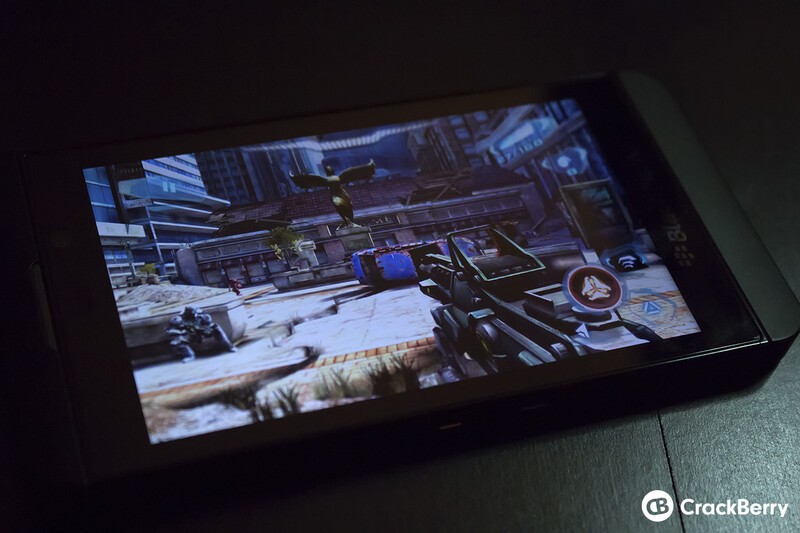 Hey Z10 gamers, a free version of N.O.V.A. 3, the premiere shooter for BlackBerry 10, just opened up to a wider geographic release, including Canada, the U.S., and the UK. Why didn't they just do that when it launched originally late February in Mexico, Australia, Indonesia, India, Malaysia, Singapore, and Thailand? Who knows! Also something of a mystery: how it is any different from the $6.99 version that's currently in BlackBerry World? I'm pretty sure the premium version had in-app purchases too, and I got through the first level of this free one and played a multiplayer match, so it's not a trial. Gameloft has another sale going on with the other platforms for Modern Combat 4, so maybe they just wanted to throw us a bone (though MC4 is supposed to be coming to BlackBerry 10 at some point too). N.O.V.A. 3 was one of the earlier games launched on BlackBerry 10, at a promotional price of $0.99 to boot.

For those unfamiliar, N.O.V.A. 3 is a sci-fi first-person shooter with full online multiplayer support and a campaign mode. Basically, if you're a fan of Halo, you'll like N.O.V.A. 3. It's earned a spot on my list of of top BlackBerry 10 games, so that's gotta count for something, right?

Anyway, go get it! Who knows how long it'll stay up? All you have to lose is 2 GB of storage space.