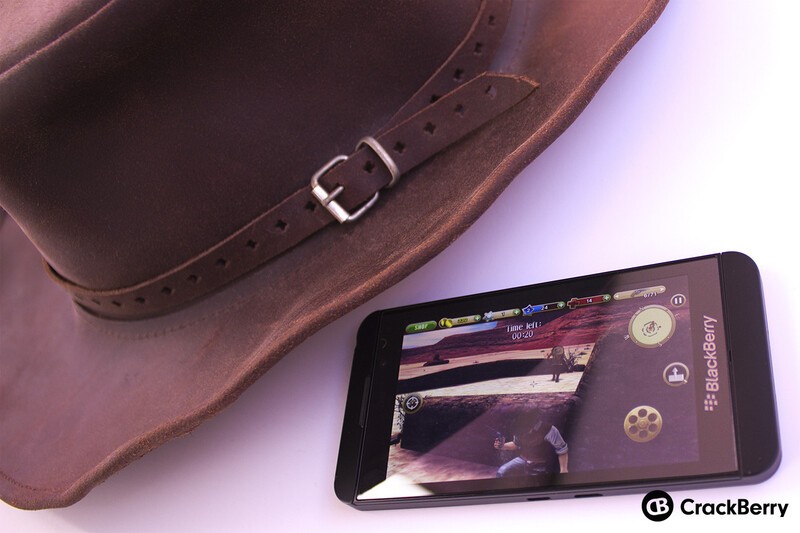 Gameloft has released their excellent western-themed role-playing game Six-Guns on BlackBerry 10 today, and is available to download for free. Players roam an open world, take on missions, visit townsfolk, and put a occasionally put a bullet into supernatural menaces that plagues the land.

Players level up, get new gear, and yes, new horses to ride. Since it's free to play, you'll encounter a few chokepoints, namely in your limited inventory space. The premium currency, sheriff badges, can be spent on speeding up healing rate and skipping ahead of missions.

This is yet another great title from Gameloft to hit BlackBerry 10, following closely on the launch of The Dark Knight Rises. We hear that there are at least two more on the way: Real Football 2013 (which has apparently also gone live) and Modern Combat 4. Gameloft is in talks for more beyond that, though they wouldn't get into specifics. Which games would you like to see ported over?