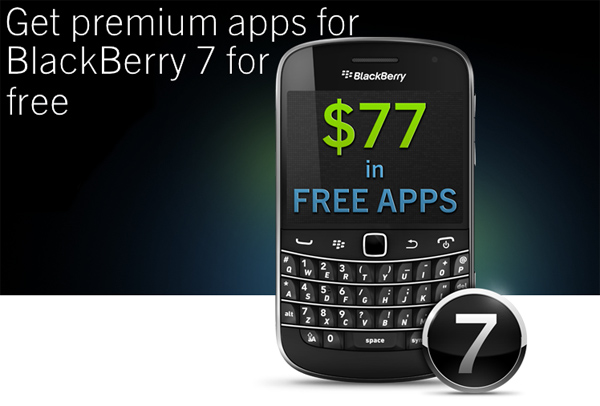 If you haven’t had a chance to open up App World on your BlackBerry smartphone and download those free BlackBerry 7 apps, then I suggest you do so soon. RIM has just sent out a reminder via their social networking sites that the promotion for the free applications will end on May 31st. The promo started in the U.S. back in March and then was later expanded to include Canada. In the promotion, RIM had included some of the top selling apps that showcase some of the BlackBerry 7 features, apps like BeBuzz, Screen Muncher, BeWeather, and more totaling about $77 in free stuff which is okay in my books.

If you’re able to cash in on the promotion I suggest you do so as it ends on May 31st. I’ve personally downloaded them all, I may not need them now, but I may want them later. The question I really would like to ask is, which apps have the CrackBerry Nation downloaded?