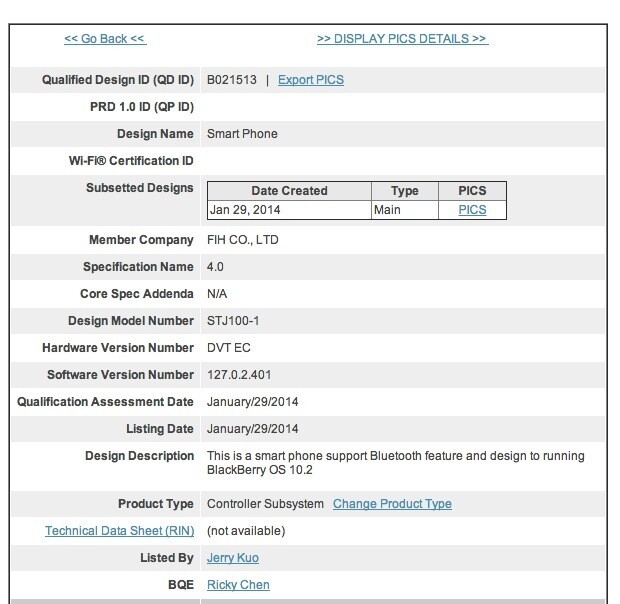 Although it's hardly as exciting as a hands-on look or some never before seen images, it looks as though the first Foxconn built BlackBerry 10 device has now landed at the Bluetooth SIG and has been fully certified. The SIG documents note the device as supporting BlackBerry OS 10.2 but that'll likely change to 10.2.1 upon release.

The device is bearing the familiar model numbering STJ100-1 rather than the more commonly referred to name, Jakarta, and also received a certification in Indonesia through Postel. If previous comments from Terry Gou, chairman of Taiwan's Hon Hai Precision Industry Co. pan out, we could get up close and personal with this one at MWC.