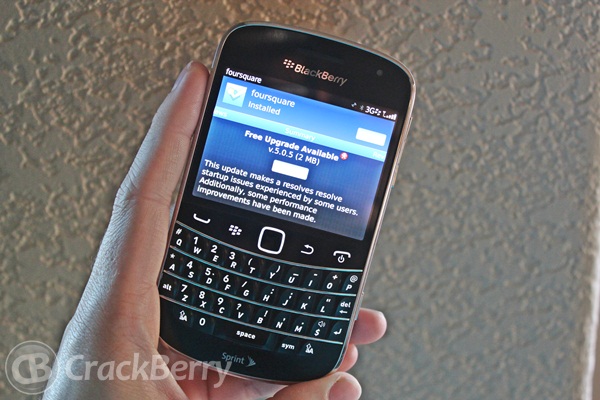 It's only been a few days since foursquare had it's huge update with a complete overhaul followed by a small update with minor bug fixes. Looks like foursquare has gotten another small update bringing the current version up to 5.0.5. The changes are miniscule so don't get excited (unless you're one of the ones who was needing bug fixes when signing in). Head into App World to grab the latest version and if it's not showing on your device, just try refreshing your applications. The fixes in this version include startup issues and some performance improvements.