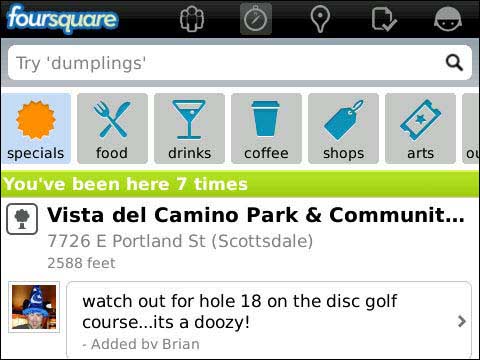 Heads up foursquare for BlackBerry users, there is a new version out for you to take for a spin! Released today was v3.0 Alpha, which brings not only bug fixes but some very interesting new features as well, namely integration with BlackBerry Messenger thanks to the new BBM Social Platform we've been hearing more and more about! Some other features have been given an update, such as the Explore feature, and the UI seems to have gotten a bit of a facelift throughout the app. If you choose to install this version (since it's Alpha, it's at your own risk) let us know what other cool stuff you find! You can check out some additional screenshots here, courtesy of rroyy. :)