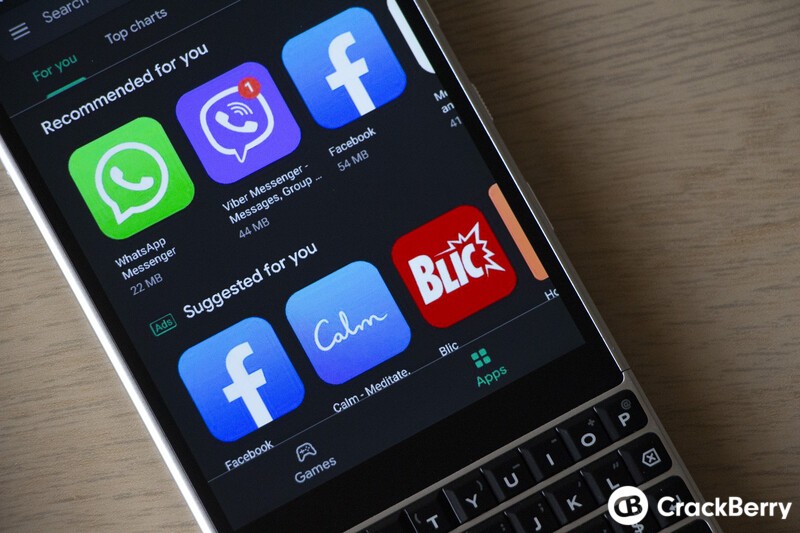 Last week, Google started rolling out its dark theme to the Google Play Store, and more recently, Instagram took its dark theme from beta to official, making it available on devices running Android 10. Some folks in the CrackBerry forums, however, have noticed, those themes are not necessarily limited to Android 10 and Samsung One UI.

In fact, the dark themes have appeared on the BlackBerry Priv, BlackBerry Motion and BlackBerry KEY2 and while I'm sure many folks would be okay with that, it seems as though unlike on Android 10 where the enabling of the themes is done at the system level, those on BlackBerry devices seem to be stuck using the dark themes with no way to disable them.

I have BB Key2 and playstore update just came out, with instagram update too. I cannot find option nowhere to disable dark mode for both apps, not within app, not in phone settings.. Anyone have same issue?

I just noticed that Google Play Store runs in dark- or night mode on my Priv. Now that I'm know of, is there is a way to switch between light and dark mode through settings within the Google Play Store app? Posted via CB10

My playstore just updated to 16.9.10-all and it seems to be in Night Mode with no means of turning it off. I don't see well in this setting and would like to turn it back to normal. In fact, I don't have a "display" section in settings??? Anyone having this problem besides me? PS... Looks like Instagram has the same problem???

There are no toggles in the apps to change them. Disabling night mode doesn't change them, and changing the BlackBerry Launcher theme does not affect the Google Play Store or Instagram themes either. Since no BlackBerry devices are on Android Pie, you also can't change the device theme in the developer options. The one exception appears to be the Priv, where the theme will automatically change to light during the day and then dark at night.

All in all, it seems to be a weird quirk that perhaps only Google and Instagram will be able to fix through updates or server-side changes. Do you see the dark themes for the Google Play Store or Instagram on your BlackBerry? If so, drop a comment below or in the CrackBerry forums and let me know.