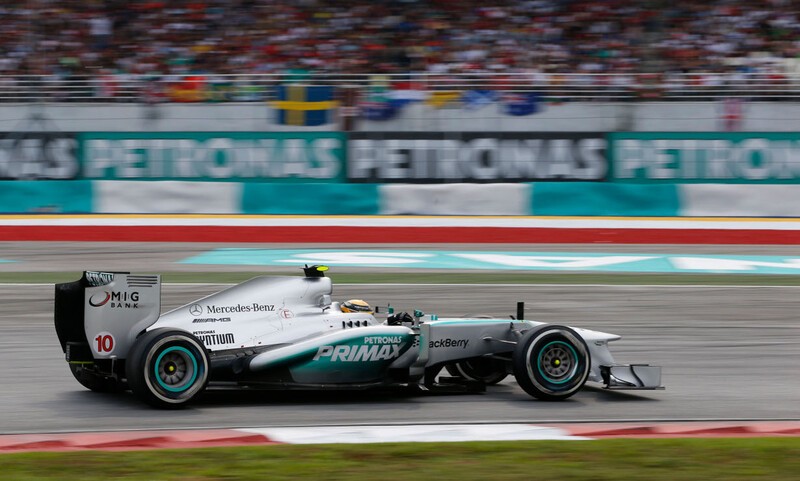 Sitting in the pole spot in Malaysia for the second straight race, Lewis Hamilton had much higher hopes for even finishing the race this time. He has a 100% finish rate in Malaysia though, and once things got going it was clear he wasn't going to let that number change.

Right from the start Lewis took a commanding lead and never looked back. His teammate Nico Rosberg held on strong in 2nd as well, the two Mercedes cars clearing dominant for this one. In Australia, Hamilton started the race in first but quickly retired due to engine problems, leaving it up to Rosberg to take the win. This time around there was no car trouble for either driver.

As the checkered flag dropped, it was 1-2 for Mercedes — the first time that's happened since 1955. World Champion Sebastian Vettel pulled in behind Rosberg for a third place finish.

Even though it's still early on in the season, Mercedes is clearly the team to beat. Vettel's third-place finish was over 20 seconds behind Hamilton.

It's awesome to see the BlackBerry-sponsored Mercedes AMG Petronas team off to such an amazing start — here's to hoping that they keep it up all season!