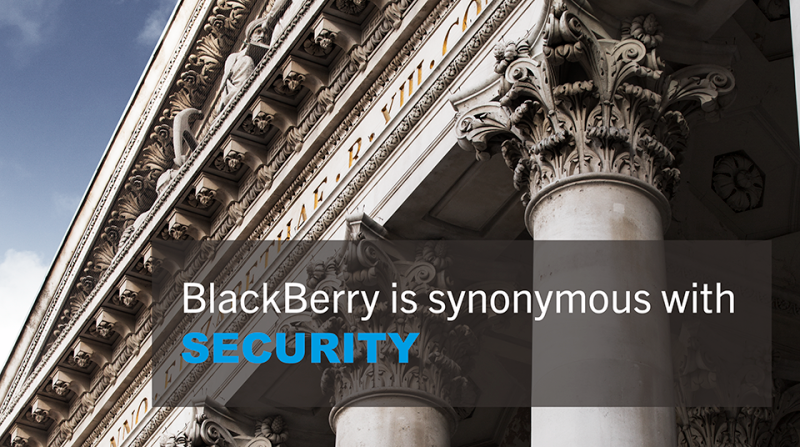 One of the key things BlackBerry has always focused on is security. Across all their devices and services, security has come first and has been a core part of their hardware and software offerings. But, what if that security was also part of their decline in the past few years? Seems a slightly crazy thing to say, right?

Not if you ask former NSA general counsel Stewart Baker. Baker, who was attending Web Summit in Dublin, highlighted BlackBerry's security and their process of encrypting user data (as Apple and Google are now doing) as a bad business model for BlackBerry. One that ultimately limited its potential business in areas such as India, UAE, China and Russia where communication monitoring is higher.

BlackBerry pioneered the same business model that Google and Apple are doing now - that has not ended well for BlackBerry. They restricted their own ability to sell. We have a tendency to think that once the cyberwar is won in the US that that is the end of it - but that is the easiest war to swim.

It's certainly something I'm sure a lot of us have thought about, so it's not entirely crazy. However, BlackBerry COO Marty Beard who attended FedScoop's FedTalks, giving a talk on digitally protecting critical government assets noted the comments made by Baker don't make any sense.

Security is a topic that's increasing in importance. It's the reason that all G7 countries and the G20 work with BlackBerry. I would take a completely opposite view from that comment. We just see it growing in importance. The increasing cybersecurity threats are exploding, security across all [technology] layers is critical.

Over the years, we've seen a lot of things pinpointed as the decline of BlackBerry, which is now well on its way to recovery. Mismanagement at the top, failure to change, failure to innovate, failure to adapt to the market -- those are all noted to be contributing factors. Can we really add the likelihood of their inability to 'play ball' with governments and security as a direct reason for the decline? Did being synonymous​ with security hurt them? Not so sure about that one.

But then again, we don't and may never know what goes on behind closed doors with the NSA, various governments and big tech firms. One thing for certain though is that security is becoming increasingly important and BlackBerry isn't failing to adapt this time around and if nothing else, Baker was right about one thing, BlackBerry pioneered this sector.