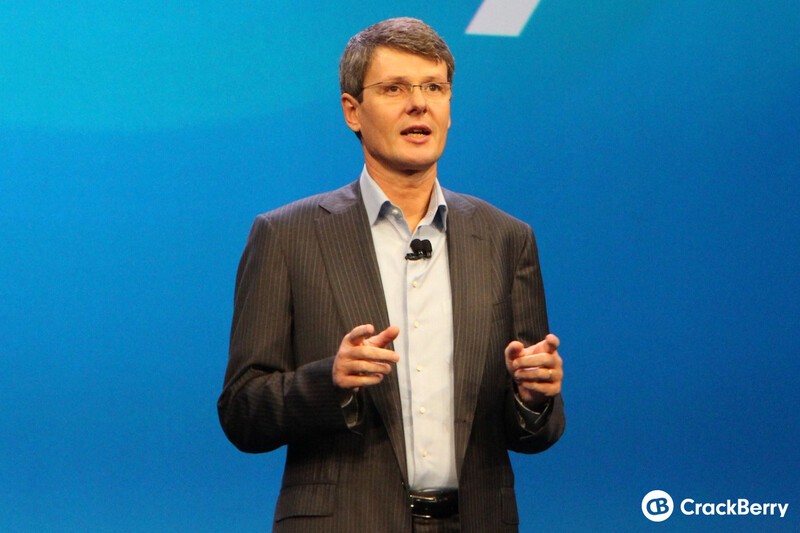 It's been a while since we've heard from former BlackBerry CEO Thorsten Heins, but there's now news of him: he's the new CEO and chairman of wireless charging company Powermat. Heins ran BlackBerry through a tumultuous just-under-two-year tenure that ended in late 2013, since replaced by John Chen. Hein's arrival has him replacing Powermat founder Ran Poliakine.

Powermat's inductive charging system stands as a rival to the Wireless Power Consortium's Qi standard. For their part, Powermat has seen relative success in getting their chargers installed in a variety of places, from Starbucks to Cadillac, and they've got strong partnerships with several American cellular carriers (that's why rather few phones sold by the carriers off the competing Qi).

Yet Powermat has failed to get a single major smartphone manufacturer on board with their standard, leading to widely-unused installations of Powermat chargers and a clunky system where prospective users have to buy replacement backs, cases, or microUSB pucks (defeating the purpose) to charge. The sole moment of success came at the hand of AT&T, who forced their version of the LG G3 to include Powermat charging instead of Qi.

Heins is going to have his work cut out for him at Powermat, especially following frustration from the board he'll now be leading with his predecessor. Says Poliakine through Bloomberg:

The new CEO's mission will be to continue striking partnerships with consumer companies, airports and others for Powermat's technology and to make it as pervasive as Wi-Fi. He will also have to find ways to make money off the data that the company is collecting about users.

Question is, even if they can get Powermat chargers installed everywhere, will people go out of their way to make sure their phones are compatible? So far we've seen no evidence of that happening in spite of Powermat's partnerships. Poliakine believes that Heins's relationships with mobile carriers worldwide will help Powermat's case, but considering that Heins was unable to exploit those relationships for wider distribution and stronger marketing of BlackBerry 10 devices released under his tenure, we wouldn't be so sure of the strength of those relationships, or the belief that carrier support is what's needed to get Powermat off the ground.

But we'll see. It's nice to see Thorsten getting back in the game, but he's got a heck of a challenge in front of him. Qi isn't a ubiquitous competitor by any means, but it has a very strong lead over Powermat and the support of the people who actually build the phones. But crazier things have happened.