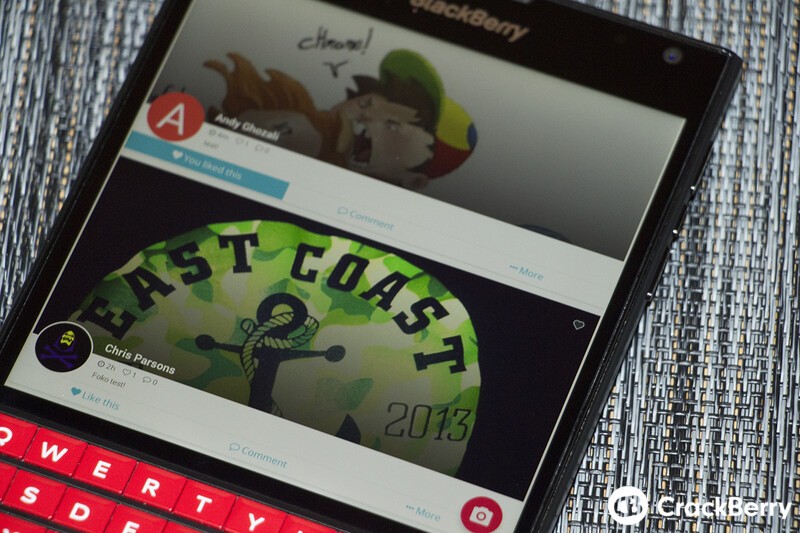 Have you heard of Foko before? If you're like me, you probably haven't. So, when I heard they were releasing their app for BlackBerry 10, I decided to look into it a bit further and find out more about the service which has been widely referred to as 'Instagram for Enterprise' and is headed up by CEO Marc Gingras, who was previously CEO and Founder of Tungle, which later sold to BlackBerry.

Foko is a pretty basic concept at the core. It's an 'Instagram-like' photo sharing app for businesses but unlike Instagram, where the platform is mostly public, Foko allows you to privately share visual content whether its ideas, mockups, designs, prototypes or whatever else you see fit privately amongst employees.

Where photo sharing within a company or business is usually looked at as something that is frowned upon, Foko hopes to change that by showing that it doesn't have to be something to fight against. It can be something great for a company as it allows for further productivity, collaboration and helps build a great corporate culture and now, the app is available on BlackBerry World for BlackBerry 10 smartphones.

Foko now gives you these capabilities on your BlackBerry:

Getting started with Foko is fairly easy, you simply download the app, fill in your company or personalized domain email and you're then registered. From there, you get a full photo sharing site of your own to post to and others within your organization (shared email domain) can join, post, comment and like photos as well. It's free for an unlimited number of users, but if you're looking to fully manage your community, you'll have to consider Foko Premium but given it's for companies or organizations, there's no pricing on the Foko site for that. You have to reach out and contact them to inquire.

That said though, there's certainly several use cases for Foko and you don't need to be a company to use it. It would be great for a small group of friends, family members and more. You can check out the Foko site for the full details and more information on how it all works or jump right into it and check it out by downloading the app from BlackBerry World right now. Additionally, there is also apps for Android, iOS and desktop as well that can be used to offer you the most access to the service.