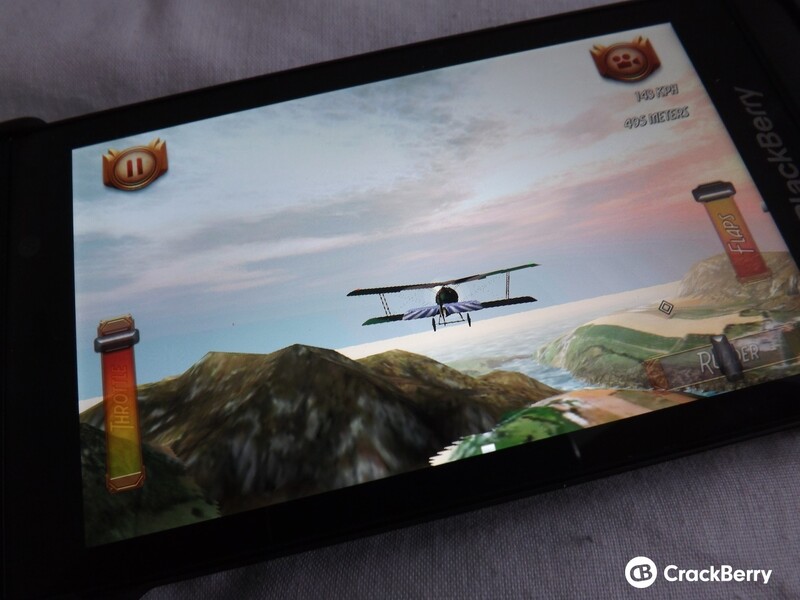 A while ago we brought you a short video review of Flight Theory for BlackBerry 10. The developers have now released a free version for you to have a go of before making the decision to purchase the full edition.

This free version will allow you to play the first three levels of the game as well as free flight and it's a bunch of fun. The game is all about taking off and landing your aircraft using tilt controls as well as the on-screen ones for your throttle, flaps and rudder. It isn't just on airstrips though, as on level three you'll find yourself having to carefully land upon an aircraft carrier. The graphics are great with this one and if you enjoy simulation style games then you'll be wanting to pick this one up.

If you get hooked - the full version of Flight Theory will set you back three bucks, but for that you'll get a load more missions as well as unlockable aircrafts. You can check out the video post if you want to here.

Give this new free edition a go and see how you get on.