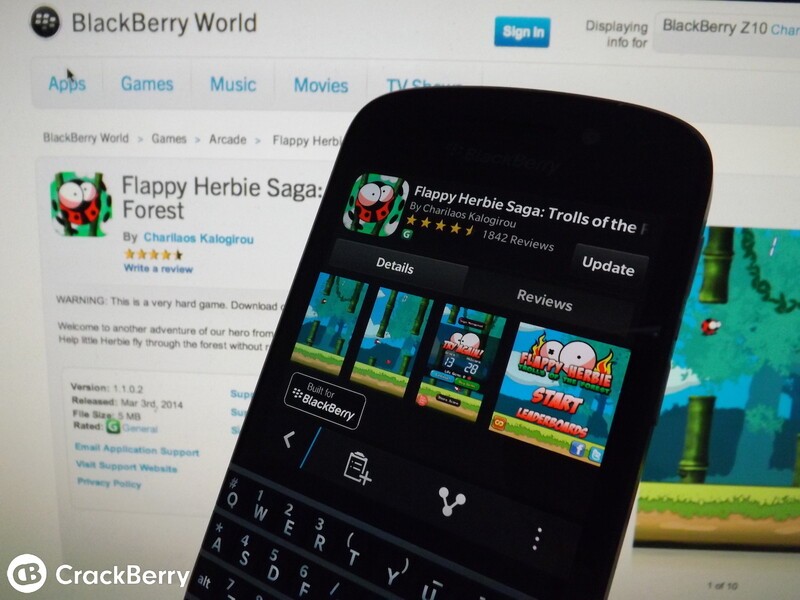 If you downloaded Flappy Herbie for BlackBerry 10 you'll want to head on over to BlackBerry World and grab the latest update. As you'll see below there are some minor enhancements, but also some big ones - two new levels and also a new character - Mollie.

For BlackBerry 10 users you will have to buy Mollie in-app for $1.99, however PlayBook users will get her for free as you already paid to download the game in the first place - a nice touch from the developer.

Flappy Herbie is a ton better than the original Flappy Bird so go and give it a shot. You sure won't be any worse than me at it - I'm terrible!

New in this version: