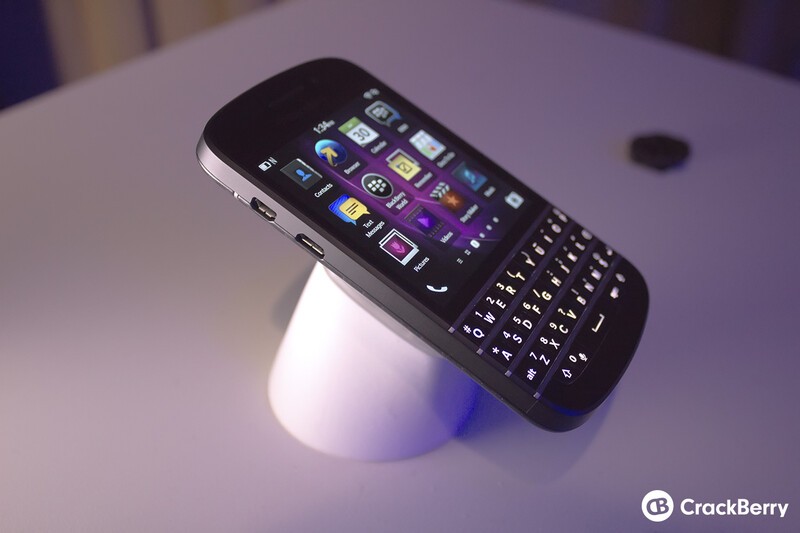 By all accounts, both directly from BlackBerry and third party sources, sales of the full touchscreen BlackBerry Z10 are off to a better-than-anticipated start. Prior to launch, there was much speculation that initial sales would largely be from existing BlackBerry users upgrading to BlackBerry 10 phones, but several reports suggest that upwards of 50% of Z10 sales to date have come via Android and iPhone users making the switch.

This bodes well for BlackBerry, especially considering there is clearly a sizable segment of the existing BlackBerry user base that is waiting for the full-qwerty BlackBerry Q10. A successful Z10 launch with a successful Q10 launch waiting in the wings is exactly what good 'ol BBRY needs. For the past several weeks, not a day has gone by where I don't receive at least a dozen emails, tweets or phone calls asking me when the Q10 is coming out and if they should wait for it, or get the Z10 (the CrackBerry forums are full of the same questions as well). These are all BlackBerry users that have clung onto their BlackBerry the past several years because they cannot give up the physical keyboard.

Surprisingly, the biggest difference between the Z10 and Q10 is not the typing experience

For the most part, I have been encouraging existing BlackBerry users looking to upgrade to give the Z10 a try. Assuming you can make the switch to the touchscreen keyboard, the extra screen real estate you gain by losing the physical keyboard makes it a no brainer. I'm a hardcore physical keyboard guy and never thought I would fully take to the touchscreen BB10 keyboard, but I have and I am 100% sold. Yes, you need to commit to it, put your faith in auto correction, and give it a few days to learn when to swipe up words and let the keyboard's software adapt to your typing style, but from there -- if you're like me -- that feeling of needing a physical keyboard will wane. Honestly, after getting used to the Z10's keyboard the way I have, when I go and pick up my Bold 9900 now and type on it, it just feels weird.

If you're a power user and eat through batteries the way the Cookie Monster devours cookies, the Q10 may be the BlackBerry 10 phone you will want to hold out for

So when it comes to the Z10 or Q10 question, I view the keyboard as a matter of personal preference vs. a matter of which phone has a better keyboard. Bottom line, both touchscreen and physical BlackBerry 10 keyboards rock. For some people, no matter how good the touchscreen keyboard is, they're still going to want to hold out for the Q10's physical keyboard, and that's totally fine. For others, the Z10 is going to be the phone they choose.

With the keyboards being completely different yet completely on par in terms of delivering a great typing experience (exception - I'm hoping we'll see keyboard shortcuts make an appearance on the Q10), the critical difference I point out to those making the decision between getting the Z10 or waiting for the Q10 is battery life. When we first reviewed the Z10, the battery life left a lot to be desired. At best, it was OK. The good news here is that BlackBerry fixed that issue FAST.

The first Z10 OS update arrived with over 60 battery saving optimizations which GREATLY improved the Z10's battery life. We've seen users report anywhere from a 30% to literally double the battery life, depending on the user's specific circumstances. For me personally, since that OS update arrived not a day has gone by where I haven't made it until bed time on a single charge (note, I don't have LTE where I live, but on HSPA+ I'm going from 6am to 3am with juice to spare - better than my 9900 ever did). And for those not getting the battery life of the Z10 yet that they want, don't forget about the Z10 Battery Charger Bundle. It's a must have.

Why will the Q10's battery life be mind blowing?

It's clear that BlackBerry is setting up the Q10 to be the corporate work horse of the BlackBerry 10 family, going the extra mile to ensure the Q10 has enough juice to get you through day, night and then some. The last BlackBerry phone to really have this reputation was the BlackBerry Bold 9700. The 9780 was pretty good too, but with the Bold 9900 BlackBerry scaled the battery back to 1200mAh and given the higher performance hardware and bigger display, ended up sacrificing battery life. End users gave BlackBerry a lot of flack over that, and they didn't want to make that mistake again with the Q10.

Here's why the Q10's battery life should be mind-blowingly awesomer than that of the BlackBerry Z10:

Compared to the Z10's 1800mAh battery, the NS1 battery in the Q10 rings in at 2100mAh. All things being equal, that's almost 15% more capacity over the Z10. It's the biggest battery to ever ship in a BlackBerry phone.

Of course, the BlackBerry Z10 and Q10 are not equal. Compared to the Z10's 4.2" display, the Q10 features a smaller 3.2" display. All things being equal in display technology, the Q10's display would be easier on battery life compared to the Z10, thanks to its smaller display size.

In addition to the difference in display size, the Q10 also uses a different display technology, opting for SuperAMOLED compared to the LCD display in the Z10. AMOLED is more efficient when it comes to energy consumption. AMOLED displays are also thinner compared to LCDs - another reason BlackBerry likely chose to go AMOLED on the Q10, so they could free up some extra space to work in a bigger battery while keeping the device thin.

AMOLED is built using organic compounds and is essentially printed, whereas LCDs are assembled individual pixels. The big difference comes down to the back lighting. Whereas LCD panels are back lit by LEDs, individual AMOLED pixels glow on their own, no back lighting needed. This is why AMOLED screens have better blacks than LCD. Instead of turning the pixels on to block as much back lighting as possible like an LCD, with an AMOLED screen the black pixels simply are not turned on and thus don't glow at all.

4. The Q10 gets a battery saving, Dark theme

Reading through BlackBerry's Cascades theme support guidelines, it's official that BlackBerry 10 phones sporting physical keyboards will get a Dark theme as compared to the Bright theme featured on the Z10. This was previously rumored, but it can safely be considered official:

You should also consider the visual style (or theme) that your app and target device use. By default, all-touch devices (such as the BlackBerry Z10 smartphone) use a bright theme, and keyboard devices (such as the BlackBerry Q10 smartphone) use a dark theme. Each theme uses a different color scheme for core controls and other elements in an app. Here's an example of an app that's run using both the bright theme and the dark theme:

On AMOLED displays, because each pixel is its own backlight, using darker themes means the pixel doesn't need to glow as brightly, and thus consumes less power. Thus, the presence of a Dark theme on the Q10 isn't just a sexy style choice - it's yet another measure to help maximize the battery life of the Q10.

The fifth reason isn't so much a difference in feature or specification between the Z10 and Q10, but more of a user personality / work difference which may result in much greater battery life.

If you're buying a phone with a physical keyboard in 2013 it's because you're a hardcore communicator. That's what you value above all else, and you're just not willing to give up the tactile feedback that a physical keyboard offers over a touchscreen (despite how awesome the Z10's keyboard is).

Theoretically, the Q10's battery life should easily trump that of the Z10

Given that, I don't think I'm out of line in suggesting that most Q10 owners will get through the majority of the day just fine with their high speed LTE data connection turned off. And turning off LTE definitely saves battery life. LTE is great when you're streaming content, visiting tons of web pages and downloading big files. But when you're firing off messages at warp speed all day long, whether you have it or not won't make a difference. So if you're more prone to messaging than you are to anything else, this is going to help you out a lot.  Of course, this final point also applies to Z10 owners, but I felt it is worth highlighting here. When you do a big full touchscreen device, like the Z10 has, you just find yourself doing more things with it that take advantage of the big display and thus likely benefit from LTE. Plus, you know, four reasons just doesn't have the same ring to it as five reasons. You can dismiss this point at will. :)

Real world use is the true test

Theoretically, the Q10's battery life should easily trump that of the Z10. By just how much we won't know until we get the phone in our hands and put it to real world use. However, if you're on the fence deciding between grabbing the Z10 or getting the Q10, it's a good factor to be aware of as you try and make your decision.

Just remember, whether you buy the Z10 now or wait for the Q10 there are plenty of ways to help maximize your BlackBerry's battery life.