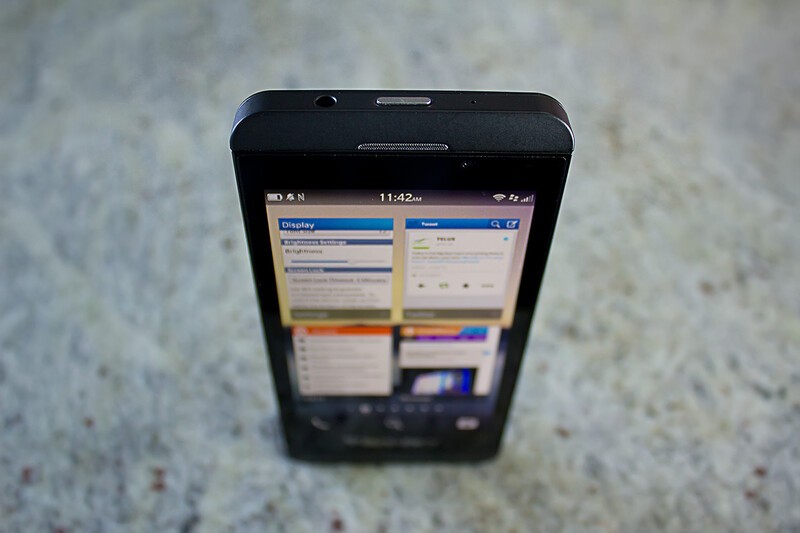 Congratulations! You've unboxed your brand-spanking-new BlackBerry Z10 - the plastic covering is peeled and the software is in its pristine, fresh-from-the-factory state. You almost don't want to defile its purity, but before long the possibilities become impossible to resist and eventually overwhelming. Take a deep breath, bro. We've got the hit list of the first ten things you should do to set a solid foundation with your shiny new BlackBerry Z10.

Contrary to popular belief, you don't have to go crazy with overcharging a new lithium-ion battery, but considering how much you're going to be using it on unboxing day, you'll want to make sure it's topped up. In general, you should avoid draining the Z10 completely if you can help it, and charge periodically through day-to-day use. Regardless of usage, your battery life will go down over time, but if you want to limit how much of a dent is put in by charge cycles, snag a spare battery and swap out regularly.

Obviously you want to start getting e-mail and other messages right away. There are hooks for Facebook, LinkedIn, Twitter, Gmail, Hotmail, Yahoo!, Evernote, Box, and Dropbox built right into the system settings. If you've got more specific account requirements, there are also options for generic IMAP, POP, CalDAV, CardDAV, Exchange ActiveSync, and Balance-enabled work accounts, too. Of course, the very first account you'll need to set up is a BlackBerry ID if you don't already have one.

A simple unlock code can make all the difference if your beloved BlackBerry Z10 falls into the hands of ne'er-do-wells. It's an easy enough precaution to take, even if it makes things slightly more annoying on a day-to-day basis. BlackBerry Protect can also help you take care of a lost phone, or even track it down via GPS. Once you've done that, you may even feel confident enough to store other passwords on there through Password Keeper.

The desktop software for BlackBerry is an invaluable addition for making sure your device data is backed up and synced. Link can help you manage storage, install OS updates, and otherwise get the very best out of your BlackBerry Z10.

The BlackBerry Z10 is a fine music machine, and can handle a locally-stored collection as well as streaming from the cloud. The BlackBerry Z10 comes with a set of fine earbuds if you don't have any already, and universal search makes it very easy to find that particular track you're looking for.

Now, the BlackBerry Z10 keyboard will take a little bit of getting used to. There are some new gestures here that will be pretty unfamiliar to you, even if you've spent a lot of time with the PlayBook keyboard. That's okay, we've got plenty of guides to help you get the most out of the BlackBerry Z10 virtual keyboard. Pound out a few test e-mails, and start training that keyboard. Remember, it learns based on usage, so add custom words to the dictionary get used to swiping

Now that all of the out-of-the-box software is set up, you'll want to see what else is out there. Lucky for you, we've had some time to find the very best that BlackBerry World has to offer. The games selection is absolutely great, and you'll find plenty of more productive apps out there for whatever your needs may be.

Start loading up wallpapers and setting up ringtones to really make the BlackBerry Z10 your own. It's easy enough to, and really makes the world of difference when you start bumping into other Z10 owners in the wild. It's useful too once you start setting up custom profiles for specific circumstances.

There's a whole sordid sexy underground of sideloading Android apps onto the BlackBerry Z10, and it can open up a whole range of options for those looking for more than what BlackBerry World has to offer. For those that were really entrenched in the Android ecosystem, this may be an absolute necessity. Even those that are only mildly curious shouldn't be worried about things being too complicated. Once you download the right software and know how to put your device into development mode, it's quite easy.

You'll want to get some protection on your BlackBerry Z10 early on. Nothing sucks more than dinging up your new phone the first week after getting it. We've got plenty of screen protectors and cases to chose from, so go ahead and find some the fit your style.

After all of that you're good to go! Let us know how you're doing with your new BlackBerry Z10 in the comments, and be sure to hop in the forums if you've got any questions.