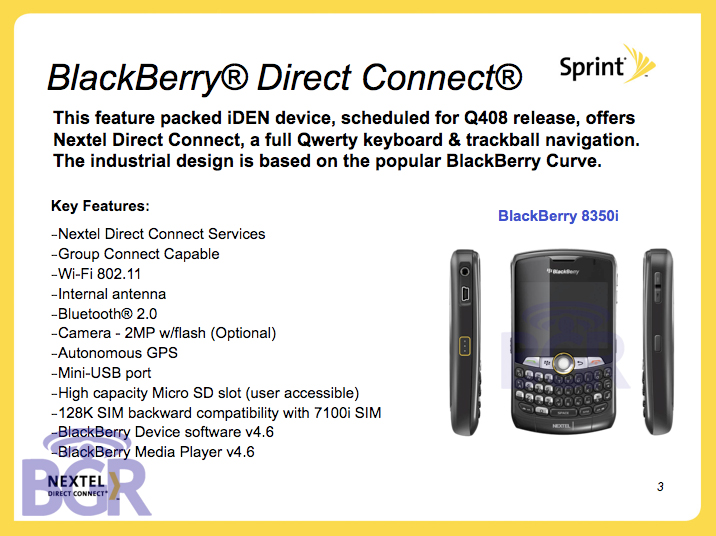 I know there are still a lot of hardcore Sprint/Nextel iDEN BlackBerry users out there who are going to appreciate this post...

The BG got his hands on a Sprint 08/09 roadmap, and inside is a first look at the new BlackBerry 8350 iDEN device. Sprint CEO Dan Hesse made mention of its coming back at CTIA, and Jibi gave us a few early details, but this is the first fairly "official" look at the new iDEN BlackBerry which... well... looks a lot like a BlackBerry Curve 8330. Big news for the Curve form factor though is the inclusion of autonomous GPS and WiFi in the same device (who said you couldn't fit both within the Curve's frame?!), internal antenna (yeah!!) and OS4.6.

Good specs all around and I'm sure a lot of Sprint users are going to be happy about this, but at the same time it's not doing all that much to keep up with the Joneses when compared to the awesome specs of the BlackBerry Bold or Javelin, especially if you consider this won't hit the market for a couple of months.