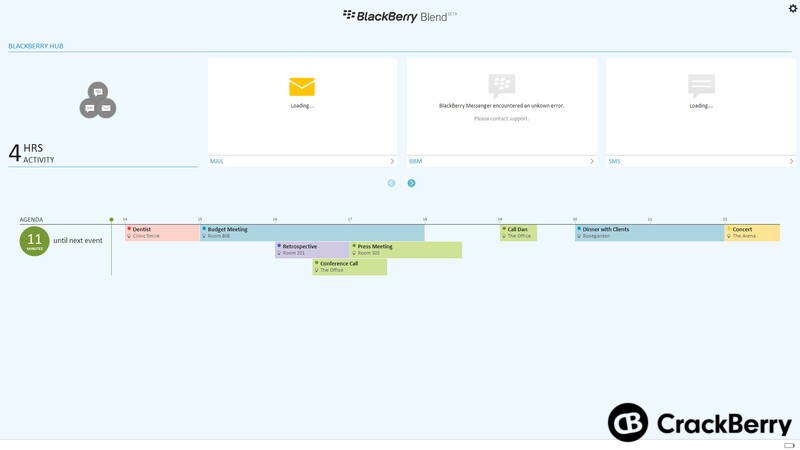 For a while now we've been hearing about BlackBerry Fuse, BlackBerry Blend and BBM taking to the desktop. There's been a ton of proof that BlackBerry is essentially creating a way to bring all the information you house on your BlackBerry smartphone to a bigger screen, though what screen does sort of remain a mystery.

It could be your computer monitor, it could be your TV or it could even be a BlackBerry PlayBook or even a tablet made by a different manufacturer. There's just not enough known yet to really say but it has been suggested it fully arrive with 10.3.1 and the BlackBerry Windermere. In any case, BlackBerry has been working on this for a long time and while we've not yet got all the details straight, thanks to the latest BlackBerry 10.3 leak we're getting a look at what BlackBerry has thus far dubbed BlackBerry Blend Beta. We're still digging through all of the files but for now, check out the gallery below.