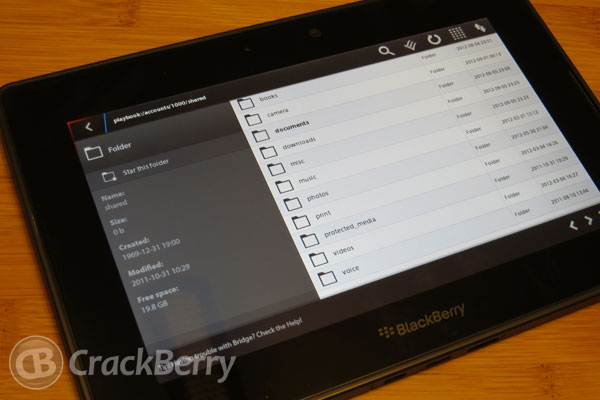 One of my favorite applications received a major overhaul this past week. Files and Folders by Innovatology is more than just your average utility application. Whether stored on your BlackBerry PlayBook or in the cloud, it lets you easily access and manage your documents anytime and anywhere. This latest update not only brings additional features and enhancements but a BB10 inspired look and feel with the new light and dark color scheme and icons. Click on the jump for the full change log.

Note: removed mention of Office 365 until Microsoft can clarify their definition.

Files and Folders is a great file management system and only gets better with each update. It is available in BlackBerry App World for $2.99 or you can try the free 3-day trial version before purchasing.