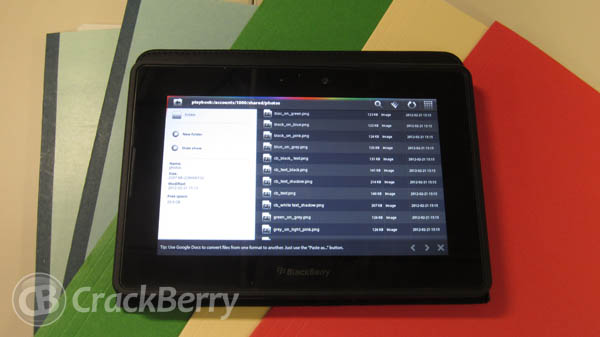 Files and Folders by Innovatology is an extremely useful file management application for the BlackBerry PlayBook. It's packed with a ton of features to help you manage, access, and search through your files whether they're in the cloud, on your tablet, or on your BlackBerry device. This week the developer released a major update bringing it to v4.0.2 to support SugarSync as well as additional features and fixes. Click on the jump for more details.

With zip capabilities, cloud service and email integration, multiple file/folder selection, and bridge support it's definitely an application I use on a daily basis. Files and Folders is available for $2.99 in BlackBerry App World and comes with a three day free trial.