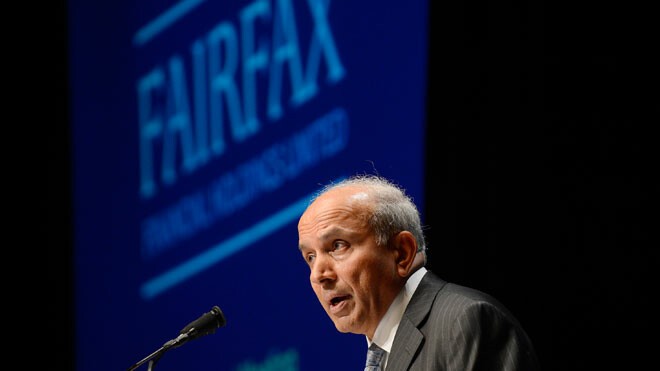 Now that I've had 24 hours to think about yesterday's interesting financial twist and read plenty of other reporting on the subject, I thought I'd come back with another post to clear up a few things.

First off, it was likely incorrect of me to say that Fairfax wasn't able to raise the $4.7 billion required to take BlackBerry private. I know some reputable media outlets said they were having trouble raising the money, but it sounds like the truth of the matter is a bit more nuanced. I think Fairfax probably could have raised the cash, but part of the cash would have come from BlackBerry taking on debt, and perhaps the interest rates being offered were unfavorable enough that it threw off the model. All of a sudden a leveraged buyout doesn't make sense.

The financing BlackBerry has arranged with Fairfax is a smart plan... It gives this company more bullets to fight, not fewer.

I've also seen a lot of reporting in the week leading up to this deal that all potential buyers had to have their offers ready for Monday Nov 4th. Unfortunately, the people saying these kinds of things don't understand M&A. Looking at all of the better quality reports out there, it sounds like Lazaridis / Cerberus / Qualcomm were serious about a potential bid, but would have needed another month to go through the numbers, do their own due diligence, etc. If BlackBerry had gone firm with Fairfax on the original deal it would not change things for other bidders. They are not on any deadline.

This brings us to the next obvious topic: This new convertible debt financing deal doesn't change anything for a serious buyer either.  Someone can still come along and put in a bid to buy the company. The only difference now is that the BlackBerry board isn't actively out there seeking a sale of the company.  That's over.

Next up:  Why did the stock collapse yesterday? Because the market's initial reaction to the news was the typical, "Oh, Fairfax failed to raise the money, nobody wants to buy this company".  We'll see where the stock price shakes out in the next month. I've lost count of how many times I've seen stock tank on news just to recover as people's understanding of the news improved, or vice versa, when stock prices soar only to fall back down after the news is truly digested.

Finally, I want to address the folks who thought my editorial from yesterday was some kind of exhuberant optimism. It definitely was not.  I'm not particularly bullish on the business right now. BlackBerry 10 has not sold in great numbers, and was severely hurt by the horrible process called a strategic review. I've written about this at length. It's unclear what the company can do to improve sales.  Meanwhile, we have a legacy service business that is shrinking. This is all bad news.  Yesterday's news doesn't change that, which is why I ended my editorial clearly stating that we still need a strategic plan.

That said, the financing BlackBerry has arranged with Fairfax is a smart plan all around. It gives the company more cash to execute a turnaround whereas a privatization of the company would clearly NOT have done so.  That's the big difference, and that's why I like the deal.  It gives this company more bullets to fight, not fewer.