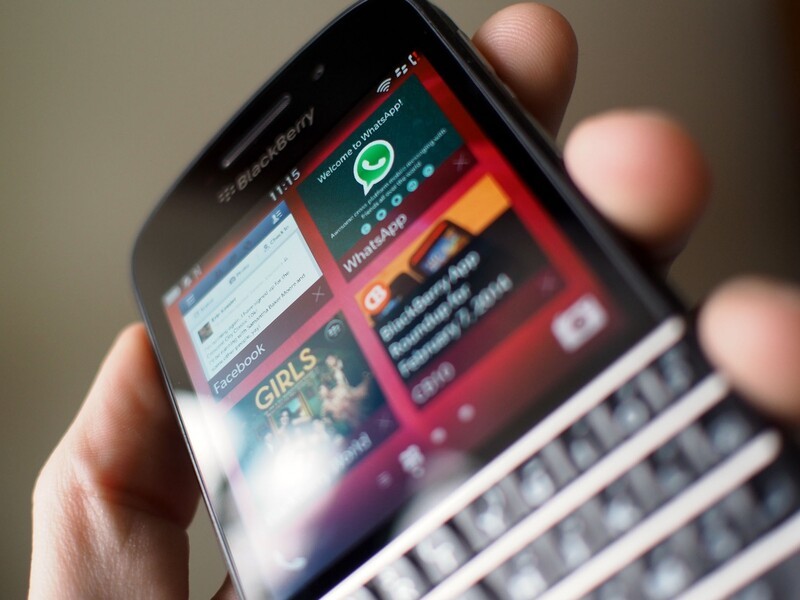 The news of Facebook acquiring WhatsApp for an enormous pile of money is front and center in the mobile communication industry today, and for good reason. Having watched WhatsApp grow from nothing into a cross platform winner over the last 5 years, quickly overtaking BBM and doing a darn good job of executing on a growth plan, I'm impressed with what they've done while I've been incredibly frustrated at how long it took BlackBerry to make the cross-platform decision. And while I was shocked to see the deal's valuation, I've taken some time to think about it rationally, and it might not be that insane.

Before I dive into the deal and the strategic thinking that lies behind it, let's settle the issue of what price is actually being paid. Some figures say $16 billion, and some say $19 billion. It breaks down like this: WhatsApp shares are being converted into $4 billion of cash and $12 billion in Facebook stock. So Facebook is actually paying $16 billion for WhatsApp the business. But they're issuing another $3 billion in restricted stock to founders and employees of WhatsApp, and this is obviously comparable to stock based compensation that employees typically get, so it's not really part of the acquisition price.

Most people have come to the conclusion that $16 billion is totally insane. Why would Facebook pay such a price for a business with practically no cash flow today?

Most people, whether they be investors or industry observers and hobbyists, have come to the conclusion that $16 billion is totally insane. Why would Facebook pay such a price for a business with practically no cash flow today?

That thinking is extremely short sighted. How quickly some folks forget that Facebook, too, was a near-zero revenue company not so long ago. WhatsApp had zero revenue until recently when it launched a subscription model where after a time customers pay $1 a year to access the global messaging service that it provides.

In Facebook's short (30-minute) conference call addressing analyst questions last night, Mark Zuckerberg and his team made it crystal clear that monetizing WhatsApp is not a top priority right now. They're encouraged by the early success of the subscription model, but their priority is to massively grow this sucker. They want to connect billions of people and displace the legacy standard of SMS.

Let's just focus on the big picture. The SMS industry, globally, has a much larger user base than WhatsApp, but doesn't deal with that much more message volume. WhatsApp has 450 million monthly active users and they handles about 19 billion sent messages and 34 billion received messages per day. WhatsApp is also growing at about 1 million users per day, which is staggering, and implies that within a couple of years it will surely be handling more messages than the entire SMS industry.

"WhatsApp is on the a path to connect 1 billion people. The service that reach that milestone are all incredibly valuable."Mark Zuckerberg, Facebook CEO

Oh, and according to Facebook the SMS business brings in $100 billion per year globally. So let's talk about strategy and monetization. Let's assume Zuckerberg doesn't care about the revenue from WhatsApp for at least the next two years. They care about getting to a billion subscribers. As he said in the press release announcing the acquisition, "WhatsApp is on the a path to connect 1 billion people. The service that reach that milestone are all incredibly valuable."

In the next 5-10 years SMS will essentially die. Everyone will be using a smartphone and a data plan of some kind. SMS is stagnant and doesn't improve — it architecturally can't improve — while IM clients add new features all the time. Unless there is an open global standard, there can only be one major winner, and under Facebook's control the chances are very good that the winner will be WhatsApp.

To be clear, if WhatsApp remained independent this wouldn't be so clear. Maybe somebody else could crush them, though their lead is substantial and their business model flexible. But now that Facebook is in the game it seems obvious that eventually the two services will be tied together on the back-end so your Facebook friends will automatically show up in your WhatsApp contact list, regardless of whether or not you have their phone number. Facebook is a huge social network but people at-large aren't in the habit of using Facebook Messenger as a real-time communication tool.

Unless some other major player does something very signifiant and very soon, I think Facebook has created an insurmountable lead in the race for the global IM gold medal. And there isn't really a silver or bronze up from grabs. There's the winner of the mass market, and everything else serves niches.

Is WhatsApp and that gold medal worth $16 billion? That's less clear. One thing people often forget is that what something is worth on its own is very different than what it's worth in the hands of the right buyer. I don't think there is any chance that WhatsApp could go public at such an extreme valuation. But can Facebook afford to look forward 5 or 10 years and pay up front for that value? Yes they can.

Facebook has also very clearly said that advertising probably isn't the best way to monetize an instant messaging client. They like the subscription model. But don't be fooled into thinking Facebook won't use your data to help target ads at you while you use other Facebook services. That one seems like a no-brainer. It's sort of like how Google can pay attention to keywords in your emails in order to serve useful ads at you, except Facebook can do this via instant messaging.

In a very simplistic scenario, could WhatsApp grab $1 per year from a billion people and operate with $100 million of marginal cost to Facebook? That alone would justify the $16 price tag and then some. And what if Facebook can earn an additional $1 per Facebook user (there are well over a billion of them) per year by better targeting ads through analytics gathered through WhatsApp? Oh, there's another few billion. Per year.

Who's right? I don't know. But it's definitely not cut-and-dry either. It's utterly fascinating.