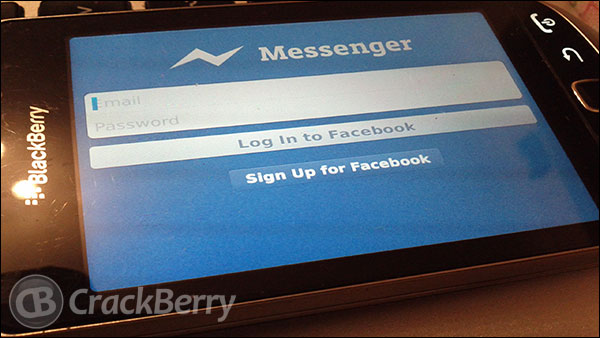 Just in case you're not up on all things iOS and Facebook, Facebook recently updated their Facebook Messenger for iPhone app. The update -- in the U.S. and Canada -- now allows you to place Skype-like audio calls over Wi-Fi to any of your friends who also happen to be in the U.S. or Canada. According to a report coming from the BBC, the functionality will also be expanded to include the BlackBerry and Android platforms as well.

Looing at the situation, it would make sense for Facebook to roll the feature out to all available platforms but when it comes to BlackBerry, there was no clarification if they meant all BlackBerry devices or only newer ones running BlackBerry 10. Guess we'll have to wait and see. If anything though, BBM Voice has proven that it can be done.