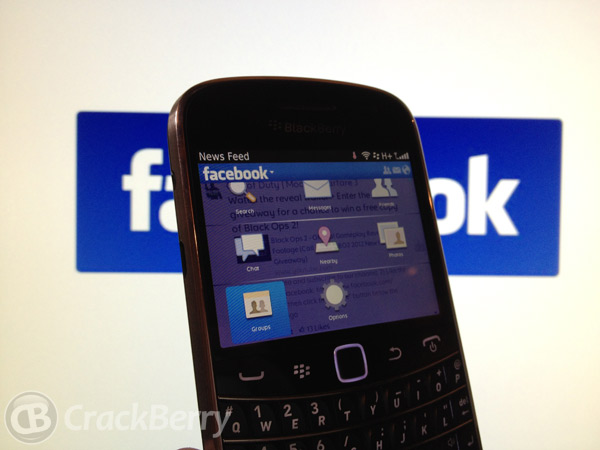 Facebook for BlackBerry has been updated to version 3.1.07 in BlackBerry Beta Zone. The new version brings along a few needed features, one of the bigger ones is the ability to access your groups from within the application.

The new Facebook for BlackBerry also allows you to view and interact with Facebook Groups. Users can now view their Groups from within the application as well as write, comment and like posts on the Group Wall.

The update is available to all BlackBerry Beta Zone members and should be available for download immediately.  If you’re not a member of the Beta Zone you will need to head over to BlackBerry.com/beta and sign up before you can have access. Let us know what other features you think RIM should be adding to the FaceBook app in the comments, I know there's a few things I’d like to see added.Thanks Adam for the tip!