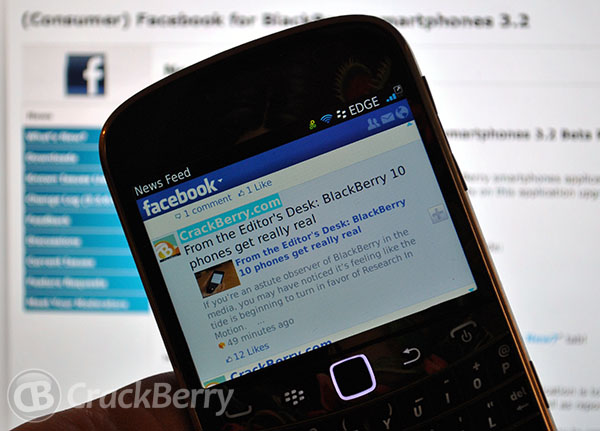 Facebook for BlackBerry smartphones has again been updated in BlackBerry Beta Zone, bringing it up to version 3.2.0.9. While this is only a small bump up from the last version, it does contain several bug fixes. If you are a Facebook user and Beta Zone member you will want to be sure to download this new version if you haven't done so already. Full details and the download can be found at the link below.
The following issues have been fixed and implemented in Facebook for BlackBerry smartphones version 3.2.0.9:


Check out more in the BlackBerry Beta Zone