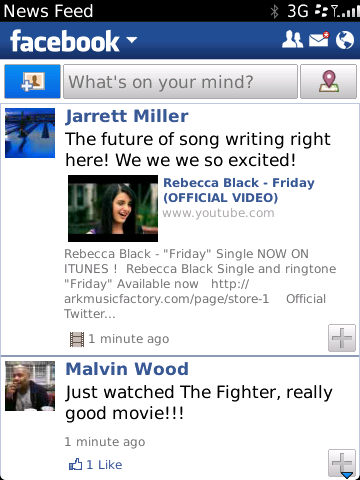 Today RIM released another update for Facebook for BlackBerry. This update builds on version 2.0 bringing it to beta release 3. Included are some features that users have requested as well as some other minor tweaks and fixes. Updates to the new version include: