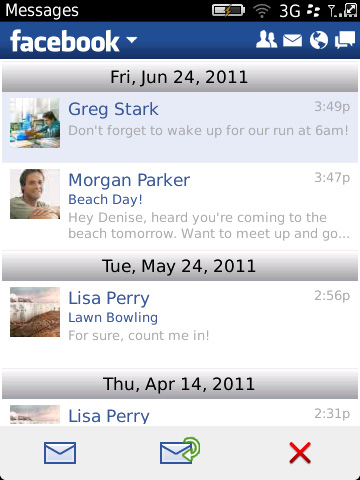 Plenty of Facebook users have been waiting for it, and we had a pretty good feeling it was coming today. That said; Facebook v2.0 is now available for download for both BlackBerry smartphones and the BlackBerry PlayBook.

As noted from RIM:

Also available today in BlackBerry App World, is the official Facebook for BlackBerry smartphones v2.0 app. Thanks to user feedback on the beta, this next generation app includes a sleek new user interface and many new features based on customer feedback, including Facebook Chat.