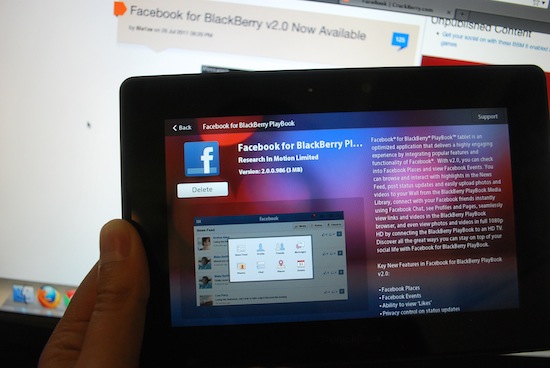 Just two days ago Facebook got a big update for both phones and the BlackBerry PlayBook. Today there is another small update for the PlayBook app to v2.0.0.986. No word of what's changed or is new in this version, but it's safe to assume that it's just small tweaks and bug fixes. You should be prompted to install the update (if you haven't already) through BlackBerry App World. You can check out more on the release of Facebook 2.0 in our original post.