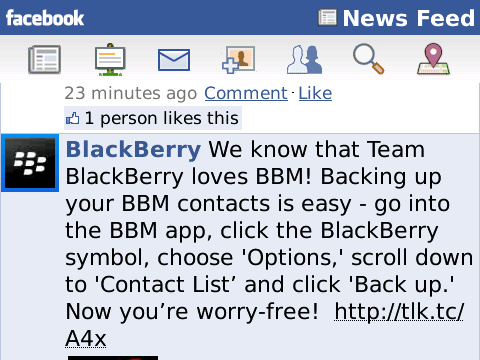 Update: Looks like some users are seeing verison 1.9.0.28 while some aren't seeing any update at all. If you don't have it yet, keep checking back. We're told it should be available for all in the next few hours.

Facebook for BlackBerry has finally received another official update. The latest version fixes some of the issues that have been causing problems for a few weeks now. The newest version is 1.9.0.27 and seems like a pretty solid update. New features/updates include:

The new version should be available in BlackBerry App World but it looks like it's not yet showing for all users. Head over to the link below and see if it is showing for you. Be sure to leave a comment and let us know!