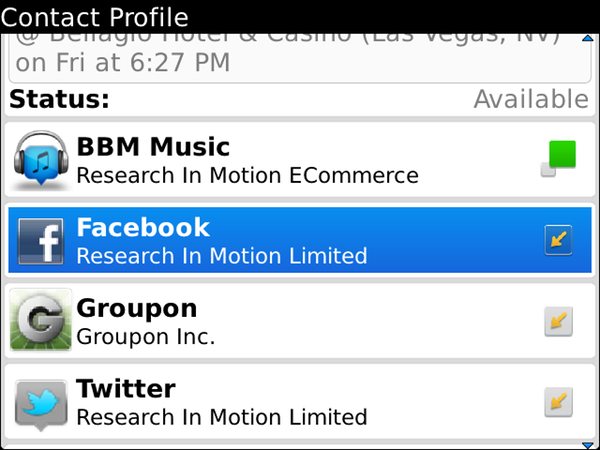 We've known for quite some time now that Facebook and Twitter for BlackBerry have new versions that have been in testing, but for whatever reason, RIM has delayed their release more then once. The new versions for both, will have some UI changes for overall ease of use but more importantly they will also become BBM connected.

The BBM integration is something a lot of folks have been asking for and RIM is prepared to deliver that as shown above, only problem is we don't know when as of yet. But, if BBM Connected apps are you're thing then you can take solace in the fact you no longer have to ask RIM to integrate it as they're already working on it. Thanks, @omercancelikler!