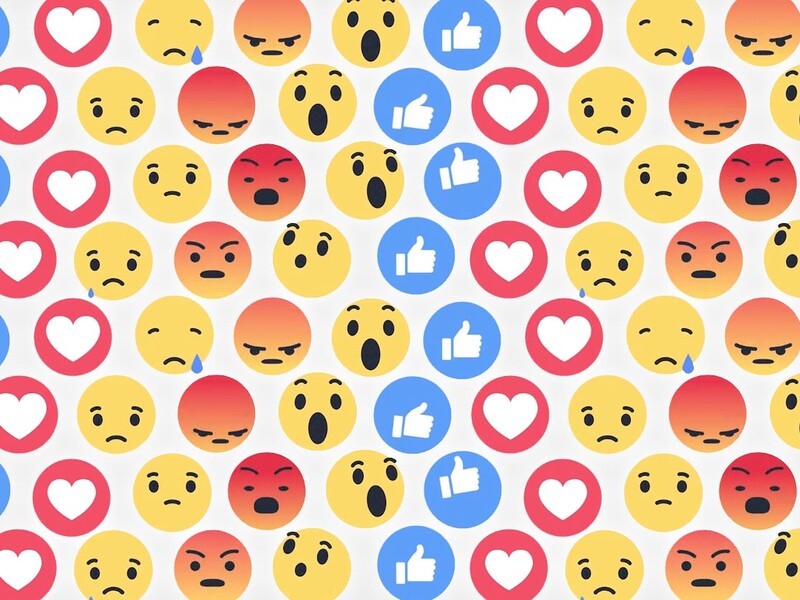 Facebook will soon allow its users to express themselves more than just a comment or hitting a "Like" button. The social network plans a global roll-out in the next few weeks of five new emoji buttons that can be used instead of "Like".

According to Bloomberg, the new Facebook Reactions will include emojis for "Love", "Sad", "Angry", "Happy" and "Wow". One other Reaction emoji that was tested in some markets — "Yay" — will not be released, as Facebook said the symbol "was not universally understood."

Within the company, there was some debate on how to add the options without making every post look crowded with things to click. The simpler Facebook is to use, the more people will use it. Zuckerberg had a solution: Just display the usual thumbs-up button under each post, but if someone on her smartphone presses down on it a little longer, the other options will reveal themselves. Cox's team went with that and added animation to clarify their meaning, making the yellow emojis bounce and change expression. The angry one turns red, looking downward in rage, for example. Once people click their responses, the posts in News Feed show a tally of how many wows, hahas, and loves each generated.

The expansion of the "like" button to support different emoji comes after years of calls from Facebook users wanting a way to express differing reactions. Your friend's dog died? There aren't really words you can say for that, but a "sad" emoji reaction might just fit the bill. Need to express solidarity with a relative that got shafted by the cable company? "Angry" will probably work better than the old "Like". And so... reaction emoji are at long last coming to Facebook.